Mom with 4 unbuckled kids in car arrested for DUI after passing out, hitting trees during paper route 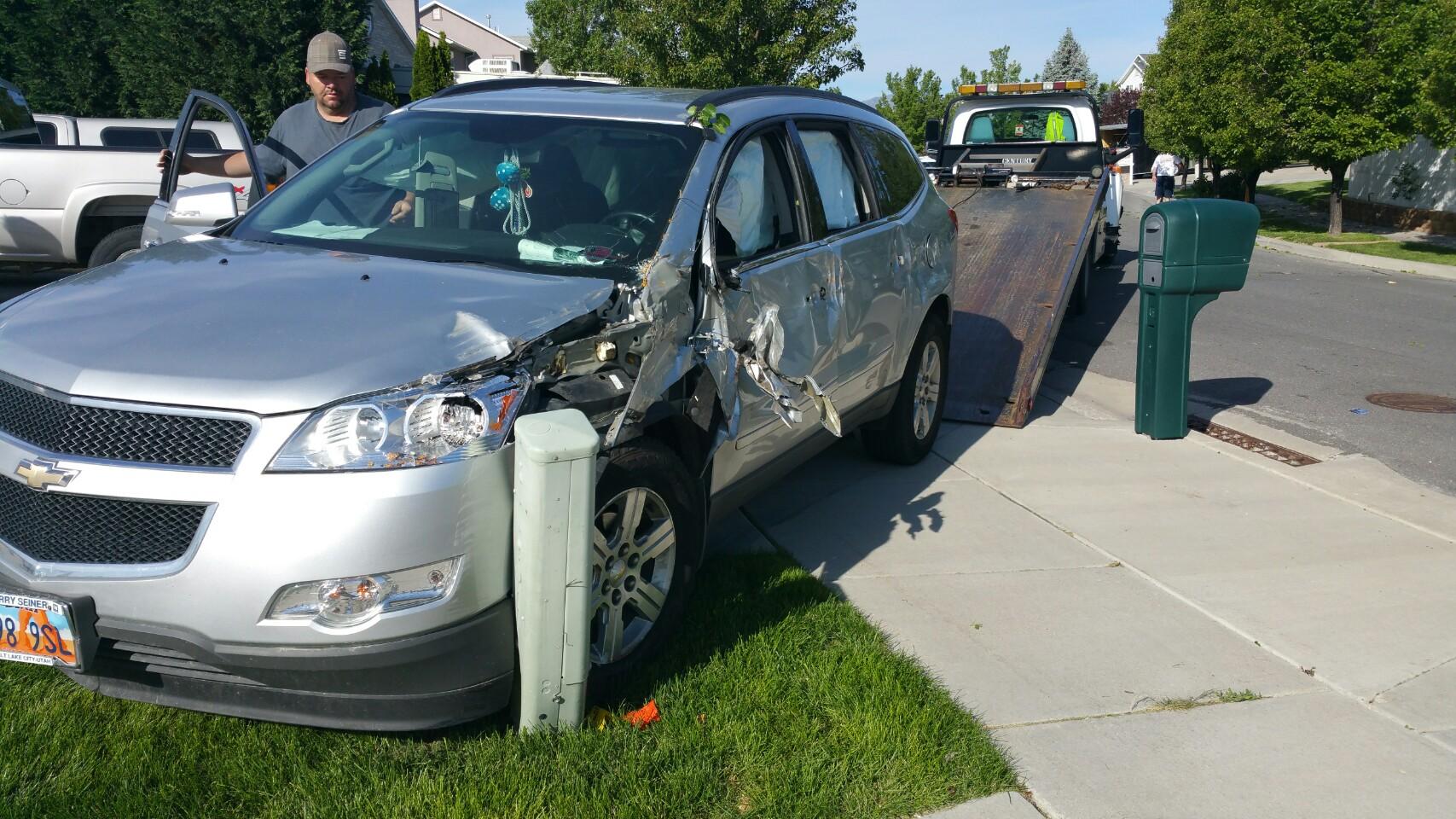 SOUTH JORDAN, Utah — South Jordan police arrested a woman Sunday after she struck several trees with her car while four children who were not wearing seat belts rode along a newspaper delivery route, and according to police the woman’s blood alcohol content was well above the legal limit.

According to a press release from the South Jordan Police Department, officers were dispatched to the area of 4353 West Lennox Drive (9433 South) just after 8 a.m. Sunday on report a car had collided with a tree.

Police arrived and found 36-year-old Robin Lance of South Jordan had allegedly been driving while intoxicated and delivering newspapers. Her four children–ages 4, 5, 9 and 11–were inside the vehicle and none of the occupants were wearing seat belts.

According to the press release, Lance passed out while driving east on Lennox Drive and the vehicle drifted off the road and to the left, hitting several trees. The vehicle continued east and stopped against a phone junction box.

Lance was found to have a blood alcohol content of 0.30, and the legal limit to drive in Utah is 0.08. Those inside suffered minor injuries, which did not require medical attention.

Lance was taken to the Salt Lake County Adult Detention Center for charges relating to DUI with children in the vehicle, failure to maintain safe lane travel and no proof of insurance. She was issued a warning for her and her children’s lack of seat belts.