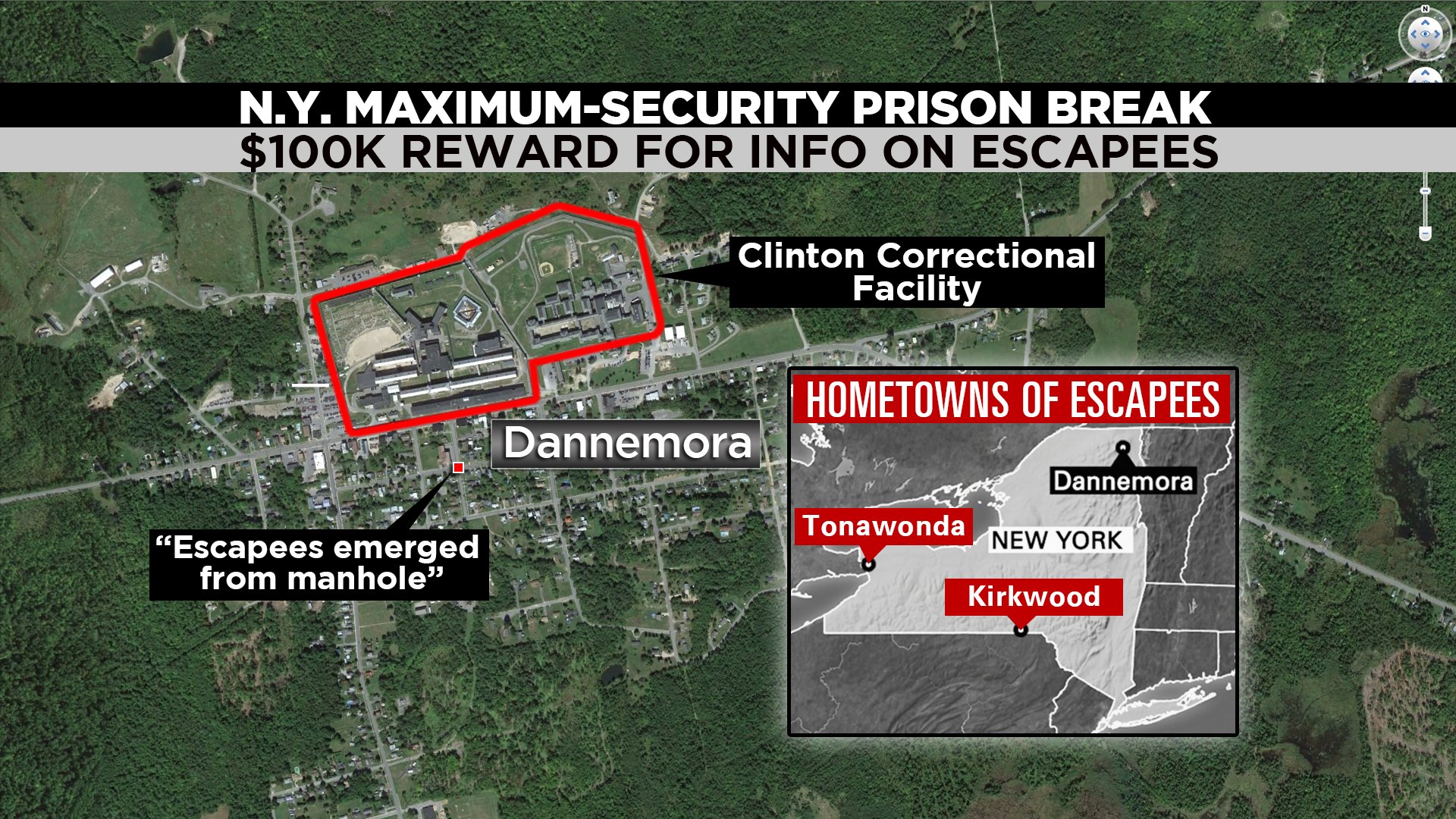 (CNN) — An employee at the prison where two convicted killers escaped over the weekend is being questioned as a possible accomplice, a law enforcement source briefed on the investigation told CNN.

Investigators on Monday questioned the employee, a woman who worked with escaped convicts Richard Matt and David Sweat, tailoring clothing at the Clinton Correctional Facility in New York.

The woman knows the two escapees “very well,” the source said, though she has not been charged or arrested.

The development comes after New York Gov. Andrew Cuomo said inmates Matt and Sweat must have had help in carrying out the intricate plot. The pair, who were in side-by-side cells, used power tools to cut through the cells’ steel walls and clambered through a maze of underground pipes, according to authorities.

“They wouldn’t have had the equipment on their own, that’s for sure,” Cuomo told CNN of the convicted killers, who escaped sometime after they were last seen at bed check Friday night.

In their place, the pair left decoys to trick guards into thinking they were asleep in their bunks — and a yellow sticky note with a smiley face. It read, “Have a Nice Day!”

The two prisoners were in the “honor block” of the prison, meaning they were given certain liberties for good behavior, the law enforcement source said.

For the most part they have a clean disciplinary record, according to records provided by a spokeswoman for the Department of Corrections.

Despite a $100,000 reward and a manhunt involving some 250 law enforcement officials, Matt and Sweat — both serving lengthy sentences — were still on the loose Monday.

“They could be literally anywhere,” said Maj. Charles E. Guess of the New York State Police, which is leading the search.

Cuomo said residents of Dannemora, where the prison is located, should feel safe because of the presence of hundreds of law enforcement officers there.

Still, students returned to schools Monday amid heightened security after police thoroughly searched every building and bus, Saranac Central School District Superintendent Jonathan Parks said in an email to parents. Police officers were scheduled to be at every school throughout the day, he said.

That’s in part because of its remote location — in the sparsely populated northeast corner of New York, about 25 miles from the Canadian border.

And also because it’s in a region where wintry weather can persist more than half the year.

They apparently were last seen at 10:30 p.m. Friday during a standing count — head counts that are performed every two hours throughout the night when guards visually check to see whether inmates are in their bunks.

The pair tricked the guards by arranging things in the bunks to look “like people were sleeping … with these sweatshirt hoodies on,” Cuomo said.

Once they were out of their cells, they then followed a catwalk down an elaborate maze of pipes until they emerged from a manhole outside the prison walls.

They evaded detection for some seven hours, until the inmate count at 5:30 a.m. Saturday.

Along with the taunting sticky note, the pair also left a host of unanswered, and uncomfortable, questions for law enforcement.

How did they get the power tools? How could they have known the layout of the bowels of the old prison? Did they have help from the inside?

Cuomo, who toured the escape route and announced the $100,000 reward Sunday, said it was possible the tools came from contractors working on the 170-year-old prison. Authorities are also looking at civilian prison employees, he said. But he seemed to rule out the involvement of the prison’s certified employees.

“I’d be shocked if a guard was involved, and that’s putting it mildly,” he said.

Sweat was serving a life sentence without parole in the killing of Kevin Tarsia, a sheriff’s deputy, in 2002.

Matt was convicted on three counts of murder, three counts of kidnapping and two counts of robbery after he kidnapped a man and beat him to death in December 1997, state police said. He was sentenced to 25 years to life in prison.

“He has a history,” said Gabriel DiBernardo, who led the investigation into the murder for which Matt was convicted. “He broke out of jail before. He is a cunning individual, no question about it, and a vicious individual.”

Sweat is white, 5 feet, 11 inches tall and weighs 165 pounds. He has brown hair, green eyes and tattoos on his left bicep and his right fingers.

Matt is white, 6 feet tall and weighs 210 pounds. He has black hair, hazel eyes and several tattoos: “Mexico Forever” on his back, a heart on his chest and left shoulder, and a Marine Corps insignia on his right shoulder.

“These are dangerous people,” Cuomo said. “And they’re nothing to be trifled with.”

Matt is also well-known to Mexican authorities. In 2007, he was extradited from Mexico back to New York on a decade-old murder charge, documents show.

With the facility’s proximity to Canada, and with Matt’s ties to Mexico, authorities on both international borders have been alerted.

Officers used roadblocks and bloodhounds and went door to door in their search for the men. They scoured the woods and sifted through the dozens and dozens of tips that came in.

But so far, no luck.

They don’t know if the pair is still together, had help on the outside, or if the men had access to a vehicle.

Jonathan Gilliam, a former Navy SEAL, FBI agent, air marshal and police officer, told CNN’s “New Day” on Monday that the inmates might have been able to pull off part of the escape by themselves. But he said the presence of power tools and the complicated escape route suggest that they weren’t working alone.

“The combination of all those things is very worrisome for me because that spells help,” he said.

On Sunday, the U.S. Marshals Service issued federal arrest warrants for the escapees. The warrants clear the way for the federal government to involve its considerable resources in the manhunt.

“Every resource available to us will be used in bringing these two men to justice,” said William O’Toole, a U.S. Marshals Service spokesman.