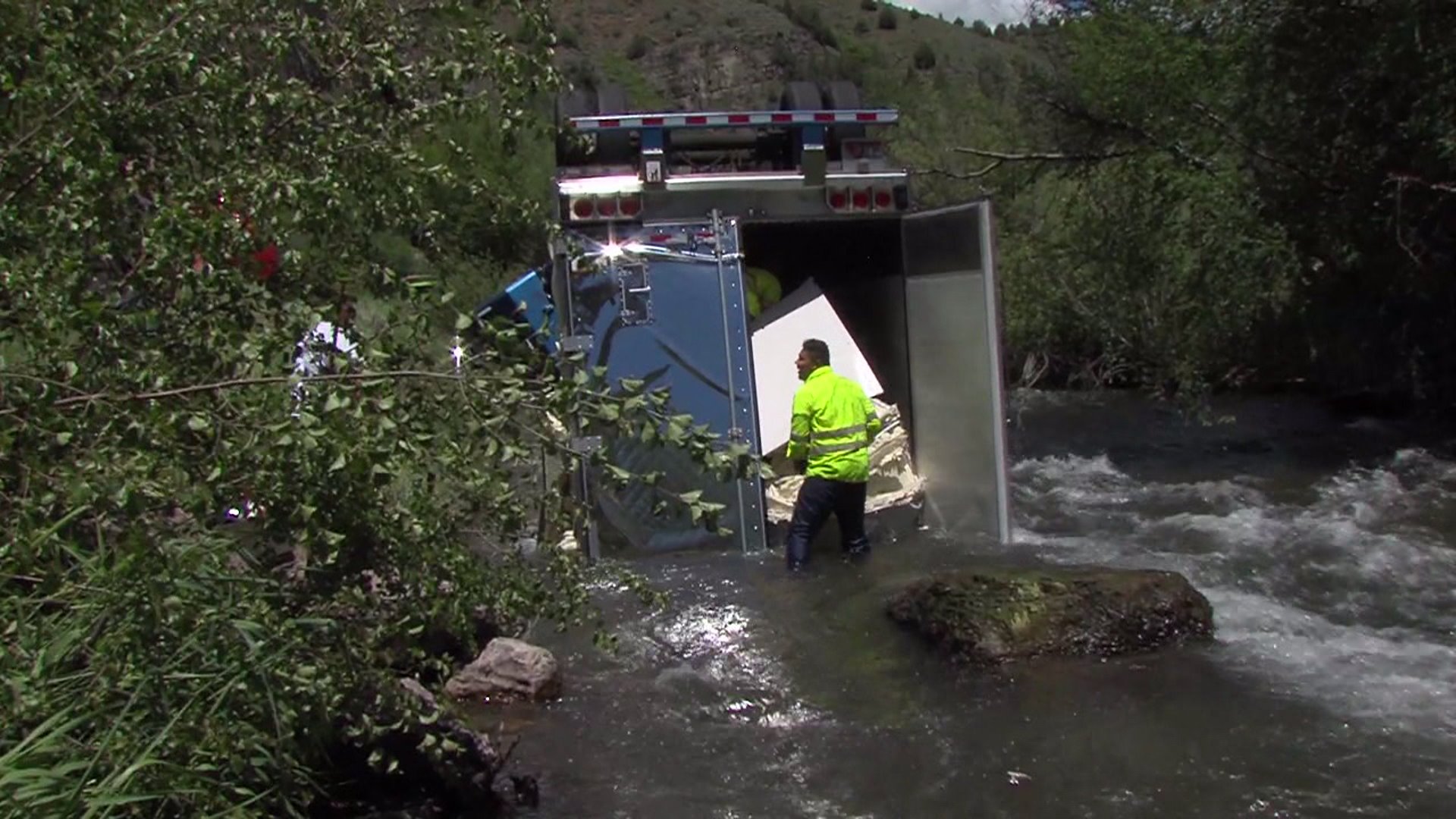 LOGAN CANYON, Utah – About 25,000 pounds of Fat Boy ice cream went rolling on the river after a semi overturned in Logan Canyon Tuesday.

Officials said the driver lost control while trying to navigate a turn and ended up rolling into the Logan River on eastbound US-89 at mile post 474.

Authorities tried to pull the new truck and trailer out of the water but it was too heavy, filled with more than 13 tons of Fat Boys.

So the crew formed a line and removed the cases of cream by hand.

The driver was not seriously injured.