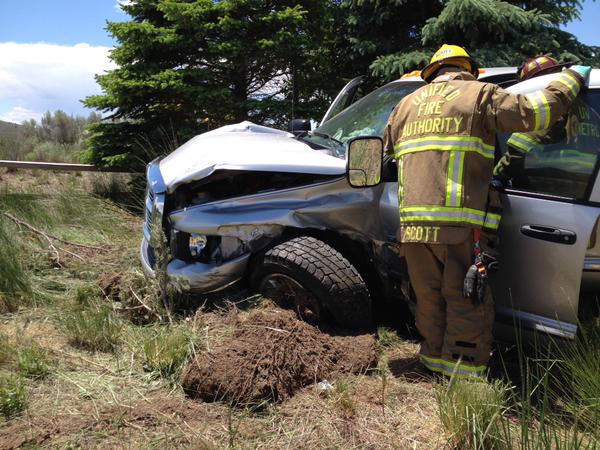 EAGLE MOUNTAIN, Utah – A medical helicopter is flying one person to the hospital after an accident on the Wride Highway (SR 73) near Mustang.

Utah County Sgt. Spencer Cannon said three people were in the silver Dodge truck and the driver had to be cut out.

The driver of the blue Chevrolet truck was flown to the hospital.

Officials are asking drivers to avoid the highway between Eagle Mountain Blvd. and Ranches Parkway at this time.

Emergency crews have not said what led to the accident Tuesday afternoon.

Authorities have not confirmed the conditions of those involved.

3 in silver Dodge. Driver being extricated. Driver of blue Chevrolet flown to UVRMC by LifeFlight. pic.twitter.com/ugvtq8yjF3