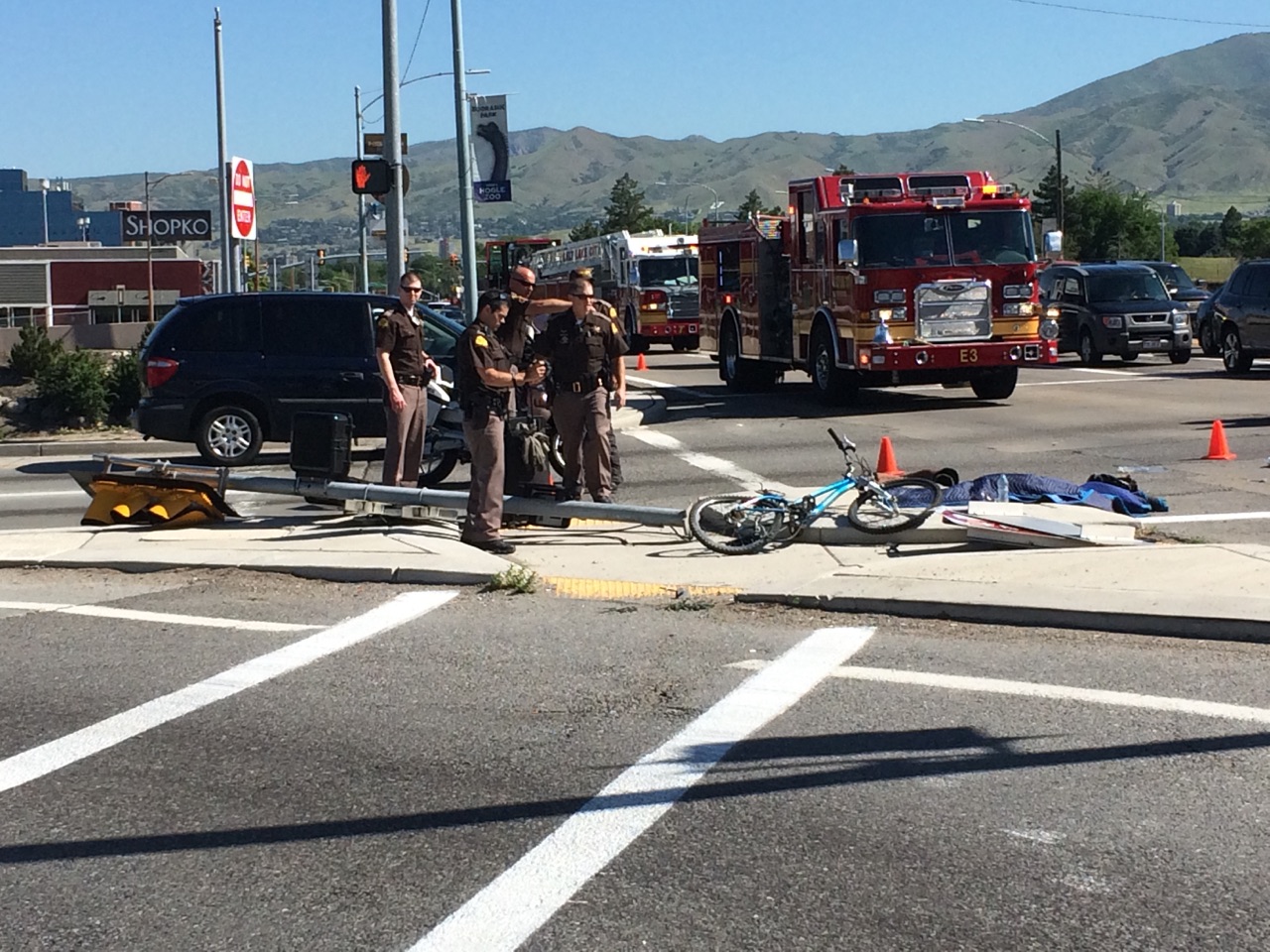 SALT LAKE CITY – Two people are in the hospital after a driver hit a pole which fell on them in Salt Lake City Tuesday morning.

Officials said a woman, who is suspected of driving under the influence, was making a right turn near the 1300 E. off ramp and I-80 eastbound when she hit a light pole which then fell on a pedestrian and a person on a bike.

The two victims were taken to the hospital in serious condition; officials said their injuries are not life-threatening.

Authorities have arrested the driver suspected of DUI; she was not injured.

Her name has not been released at this time.