One dead, one in custody after fight on bus escalates to shooting in West Valley City

WEST VALLEY CITY, Utah -- An argument between two people aboard a UTA bus escalated to a shooting in West Valley City Wednesday evening, and one man was taken to the hospital in critical condition and later died while the juvenile suspect was arrested after running from the scene.

Just before 10 p.m., police identified the man who was killed as 22-year-old Marco Cardenas of West Valley City. The suspected shooter is a juvenile, and as such has so far not been identified.

The shooting took place around 6 p.m. at the intersection of 5600 West and 3500 South, and just before 9 p.m. police stated the victim of the shooting died.

According to a witness who was aboard the bus, the altercation began over gang affiliation.

Brown said it was a standing-room only crowd aboard the UTA bus as the two riders began to argue. He said the incident quickly began to escalate toward a physical confrontation.

"The victim wanted to fight on the bus, the suspect said let's get off on the next stop, that was 4800 West, so the victim gets up to go fight and the suspect says let's go up behind the McDonald's," Brown said.

According to police, Cardenas was shot at least once. He collapsed in the Burger King parking lot before being taken to the hospital, where he was later pronounced dead. The suspect was spotted a short time after the shooting by a civilian in a field behind some of the nearby stores.

"That tip was huge in getting officers to right where this suspect was, he ended up running a little bit--getting through some of the fields and some of the neighborhoods, but officers were able to catch up with him," said Roxeanne Vainuku of West Valley City.

Police said this could have been much worse considering the bus was packed, it was rush hour, and the shooting occurred at one of the city's busiest intersections. They said it's fortunate no one else was injured. 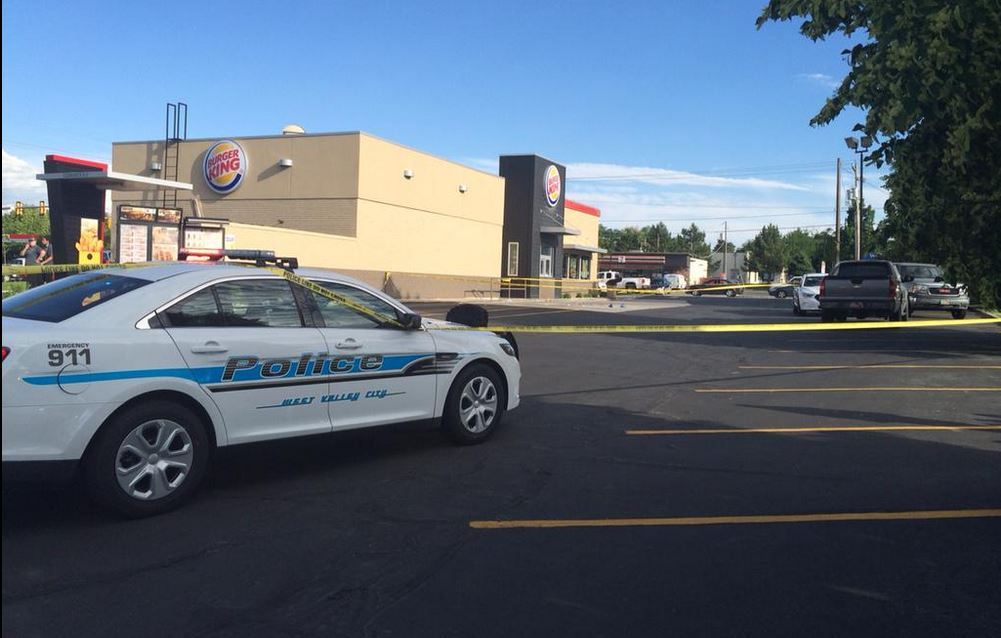