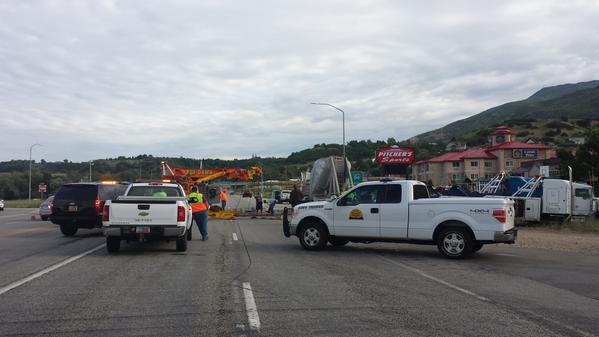 WEBER COUNTY, Utah – All lanes are back open after traffic was backed up in Weber and Davis counties when a semi rolled on Highway 89 and 6600 S.

Officials said a semi hauling two trailers lost control at the bottom of the ramp at Highway 89 southbound and rolled near 6600 S.

The driver was taken to the hospital to be checked for minor injuries.

Officials said the cause of the accident is still under investigation.

All lanes on HWY 89 in weber county are open

Semi rollover on U.S. Highway 89 in Weber county at 6600 south. Northbound lanes restricted to one lane with heavy delays.

Cause of the crash still under investigation. Driver taken to the hospital with minor injuries no other vehicles invovled