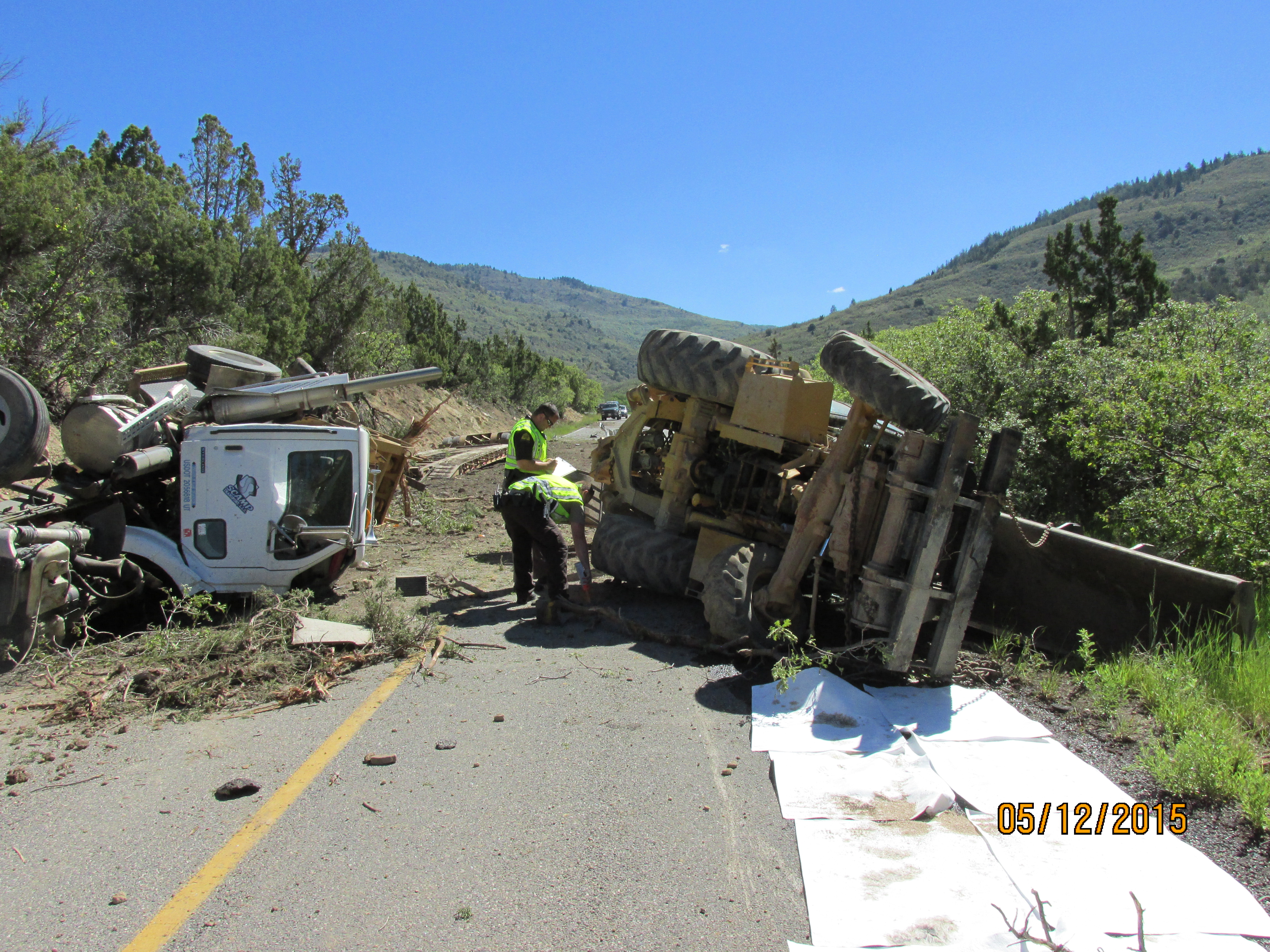 FAIRVIEW CANYON, Utah – A man suffered fatal injuries Saturday on State Route 31 in Fairview Canyon when a semi pulling a backhoe and reportedly traveling too fast crashed and the driver was ejected.

According to information from the Utah Highway Patrol, witnesses reported the semi was going too fast as it traveled west and down the canyon, and at some point the brakes on the semi overheated.

As the vehicle came around a right-hand bend in the road near mile post 2, it went over into the eastbound lane. UHP states it appears that as the driver tried to bring the semi back into the correct lane he overshot and went off the road and to the right side.

The semi went up a hillside and rolled, and the backhoe became detached from the trailer.

UHP states: “The driver was not wearing a seat belt and was full[y] ejected from the cab and was killed. UHP is investigating whether drugs may have contributed to this fatality.”

A later statement from UHP identified the driver as 48-year-old Troy Young from Price.