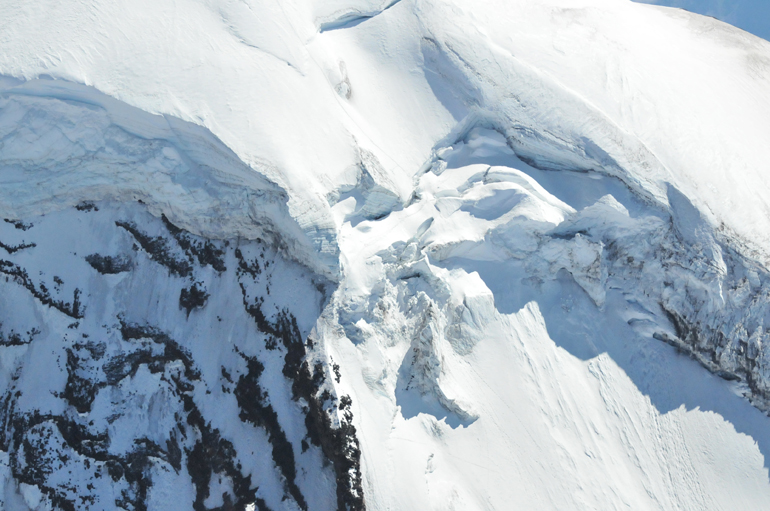 MOUNT RAINIER, Wash. — The search for a man reported missing near Liberty Saddle on Mount Rainier has been suspended Saturday afternoon after crews in a helicopter spotted a body that appears to match the missing man’s description.

According to a press release from Mount Rainier National Park, 25-year-old Kyle Bufis, who grew up in Minnesota and most recently lived in Utah, was part of an independent three person climbing team that went missing around 9 p.m. Thursday after climbing the challenging Liberty Ridge route on the north flank of the mountain.

The other two climbers, Derek Gavelis and Mathew Wiech, descended to Camp Schurman on their own the next day, and though both were tired they were in good condition physically.

The press release issued Saturday afternoon states the search for Bufis has been suspended as crews recover a body spotted by a search helicopter. The release states, “Although the subject matches the description of the missing climber, confirmation rests with the Peirce County Medical Examiner. ”

Bufis is listed as an Expedition Field Instructor for the southern Utah-based Expedition Therapy, whose instructors page states Bufis grew up in Minnesota, went to college in Colorado and has lived in New Mexico, Wyoming and most recently Utah.

The company’s website states:  “He is a Wilderness First Responder who is passionate about the outdoors and the lessons that the wilderness can provide. According to Kyle, ‘Earth Science, rock climbing, and hiking are just a few of the many outdoor pursuits that can open your mind to new things.'”