TBILISI, Georgia – Police have shot and killed a white tiger that killed a man Wednesday in Tbilisi, Georgia, a Ministry of Internal Affairs representative said, after severe flooding allowed hundreds of wild animals to escape the city zoo.

The tiger attack happened at a warehouse in the city center.

The animal had been unaccounted for since the weekend floods destroyed the zoo premises.

The man killed, who was 43, worked in a company based in the warehouse, the Ministry of Internal Affairs said.

Doctors said he was attacked in the throat and died before reaching the hospital.

Experts are still searching the warehouse, the ministry said, adding that earlier reports that the tiger had injured a second man were unfounded.

The zoo administration said Wednesday that another tiger was still missing. It was unable to confirm if the creature was dead or had escaped alive.

Georgian Prime Minister Irakli Garibashvili apologized to the public, saying he had been misinformed by the zoo’s management when he’d previously said there were no more dangerous animals on the run.

City residents were urged to stay indoors for their own safety in the immediate aftermath of the floods. Volunteers have since been helping city workers with the cleanup operation.

At least 19 people died in the flooding, according to Civil Georgia, a news website run by the nongovernmental organization United Nations Association of Georgia.

Meanwhile, the zoo lost about half of its 600 animals, including lions, tigers, bears and wolves, in the natural disaster.

Some animals have since been recaptured, Civil Georgia reported.

Others died in the floods or have been killed by police as they scour the streets for escapees.

Russian state news outlet RT.com reported Wednesday that an African penguin had made it 60 kilometers (37 miles) downriver from Tbilisi before being caught alive in a dragnet on the border with Azerbaijan.

Video from the city showed a large crocodile being restrained by rescuers, as well as a hippopotamus standing in floodwaters, looking confused.

The latter was eventually cornered in a city square before being tranquilized and recaptured.

One terrified bear escaped the flood by perching on a window ledge.

Video footage also showed devastation across swaths of the Georgian capital, where flash floods swept away roads, at least one house and many trees.

The corpses of dead animals could be seen amid the wreckage.

The problems began before midnight Saturday when heavy rainfall turned the Vere River, usually little more than a stream through the center of Tbilisi, into a raging torrent, according to Civil Georgia.

Garibashvili extended his condolences Tuesday to the families of those killed in the flooding.

He also proposed the creation of a park in the zoo premises to honor those lost. “It will be a park of solidarity, a symbol of our unity, selflessness, and mutual support,” he said in a statement on his website.

President Georgi Margvelashvili earlier said the capital’s mayoral office would help those who had lost out financially as a result of the floods.

“The situation is difficult, but it can be handled except for the fact that we cannot bring back those who died,” he said.

According to the World Wildlife Fund, as few as 3,200 tigers exist in the wild today. 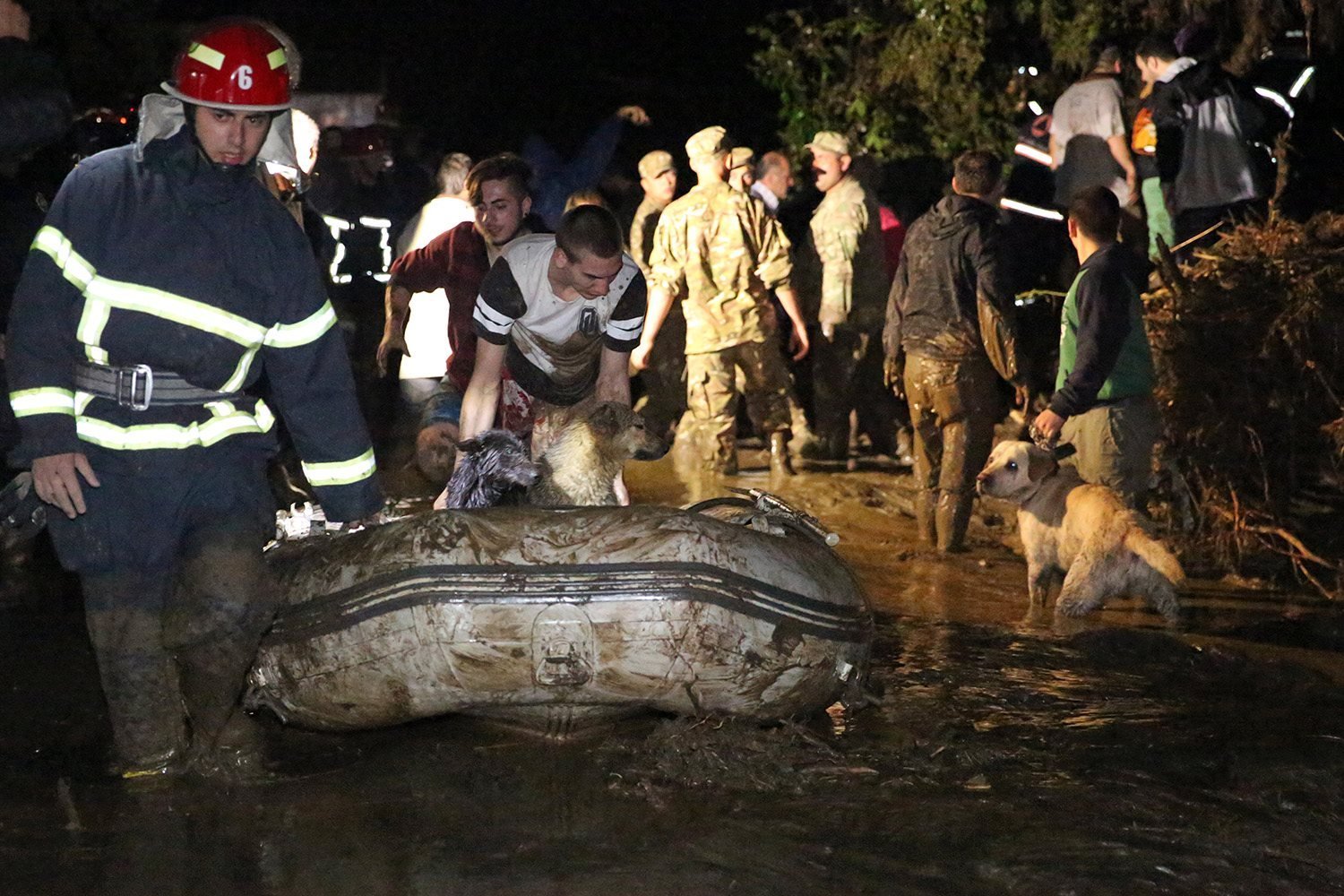