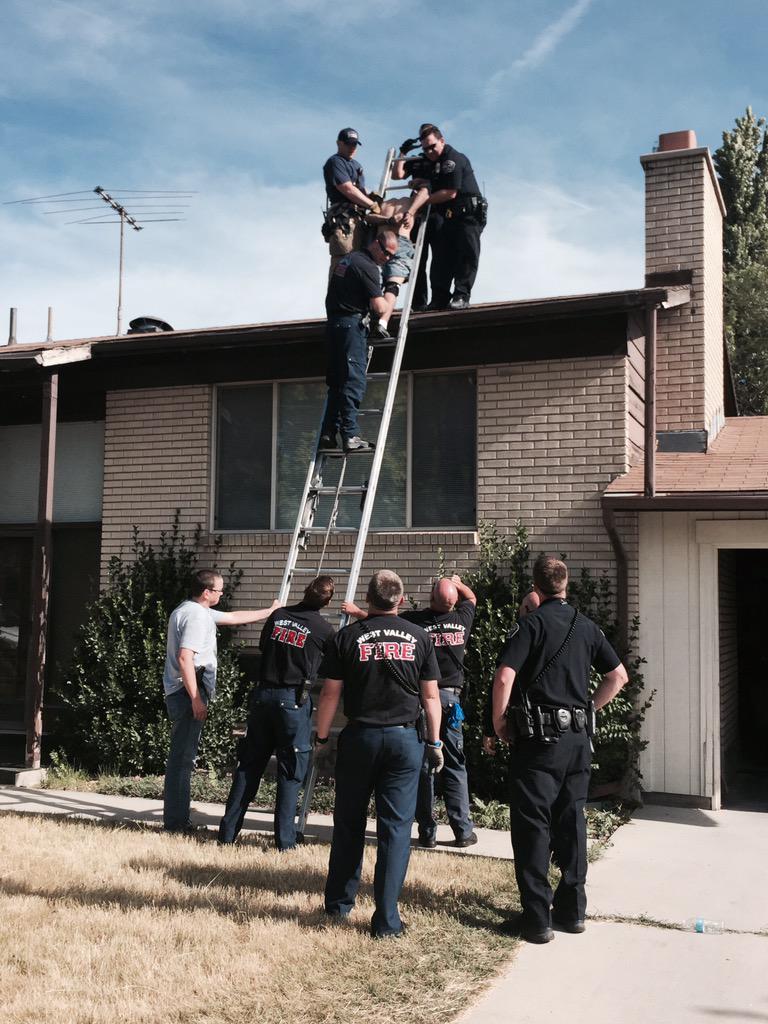 WEST VALLEY CITY, Utah – Police in West Valley City thanked the West Valley City Fire Department for loaning them a ladder, which allowed them to capture a robbery suspect who had tried to hide on a rooftop Saturday.

According to information from the West Valley City Police Department, the suspect carried out a strong-arm robbery and assaulted the victim, who suffered minor injuries.

Several photos show police apprehending the suspect, and officials stated both the suspect and the victim of the robbery suffered minor injuries.

Police tweeted, “Thanks to @wvcfd for the ladder assist. #youcanrunbutyoucanthide”.