Fire in Daggett County grows to 75 acres; visitors allowed to return to campsites

DAGGETT COUNTY, Utah -- Fire crews from multiple agencies are fighting a wildfire that is burning on about 75 acres in Daggett County Sunday, and officials stated power outages have occurred and voluntary evacuations were encouraged at nearby campgrounds earlier in the day.

The cause of the fire is unknown, though fire officials at the scene said they believe some kind of issue with a power pole may have been a factor.

The fire was reported in the area of Firefighter's Memorial Campground near Flaming Gorge Dam Sunday afternoon. Highway 191 was reduced to one lane in the area with travel restricted between mile markers 390 and 396. County officials stated in a press release issued at about 6:45 p.m. the restriction would be in place, "until further notice."

A press release from the U.S. Forest Service issued just before 9 p.m. stated the fire had grown to 75acres in size and that crews had completed a fire line. The release states firefighters will monitor the blaze overnight and will continue to construct a hand line around the southeastern portion of the fire Monday.

The fire is burning in the area of some large power lines, resulting in outages for most of the area. The outage is affecting homes in The Pines, The Acres, and Flaming Gorge Resort, according to a press release from the Daggett County Sheriff's Office. There is not an estimated time of power restoration, though officials stated crews from both Bridger Valley Electric and Moon Lake Electric were on scene to assess the damage and attempt to restore power.

There have been no reports of injuries associated with the fire. FOX 13 News will have more information as it becomes available. 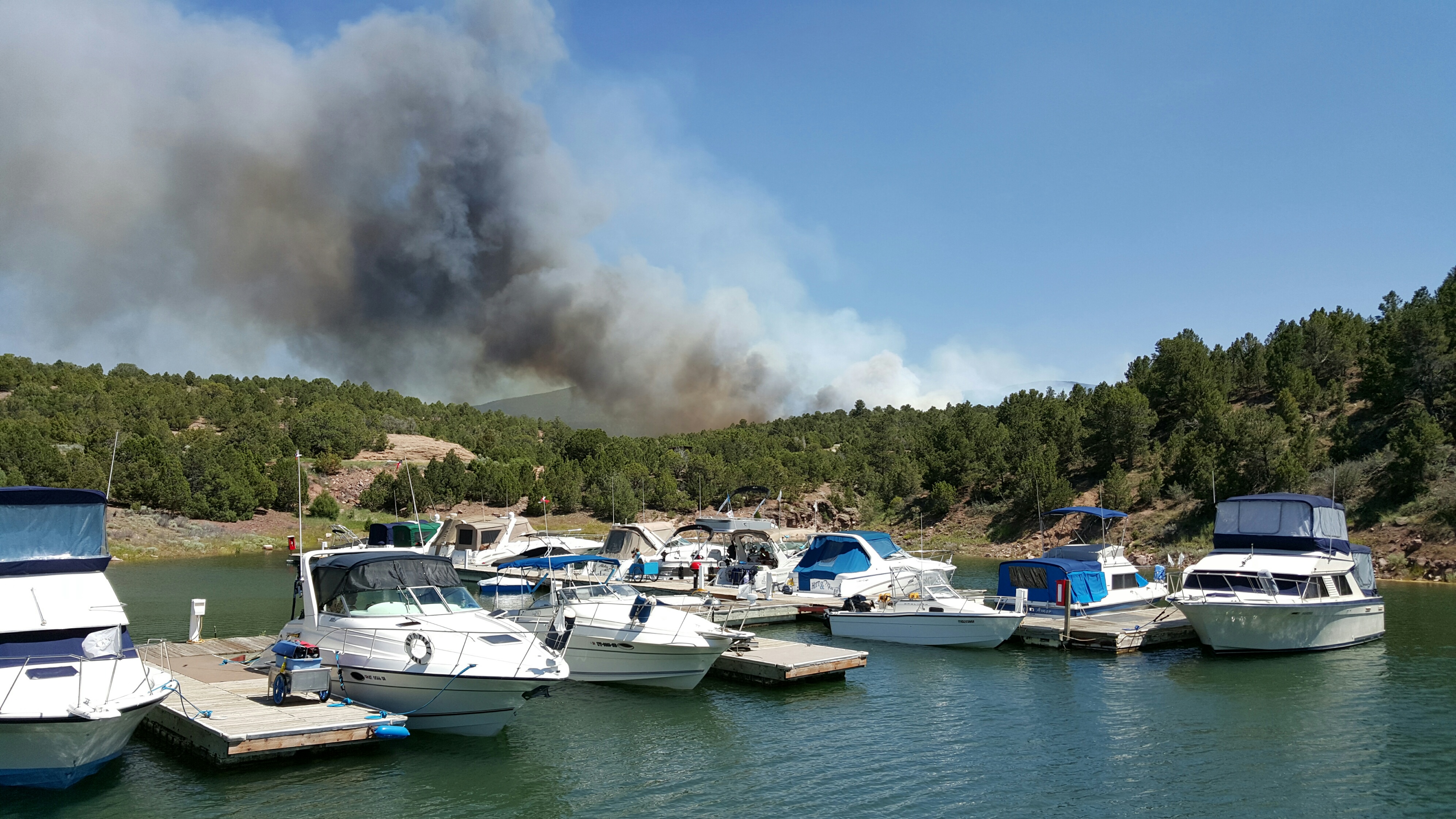