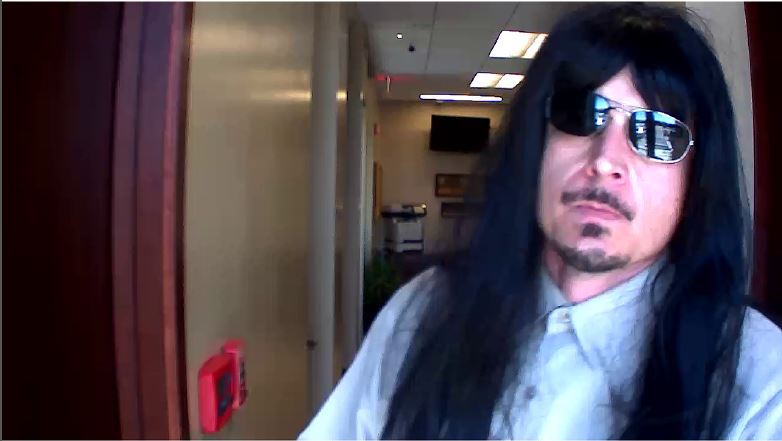 SALT LAKE CITY – Police are asking the public’s help identifying a suspect wanted after things got hairy in a recent bank robbery.

Officers said the maned man in the pictures allegedly went into the First Utah Bank at 3826 S. 2300 E. and handed the teller a note demanding money.

Police said the teller gave the suspect an undisclosed amount of money and the mustached marauder left the bank on a Ridley bicycle.

Authorities said a witness saw the suspect take off the wig after the robbery and said the alleged bank bandit was bald.

The suspect did not show or threaten the teller with a weapon during the hairy heist.

Officers combed the area but were unable to find the furry fugitive.

Police said they believe this shaggy suspect also visited other financial institutions to case those locations.