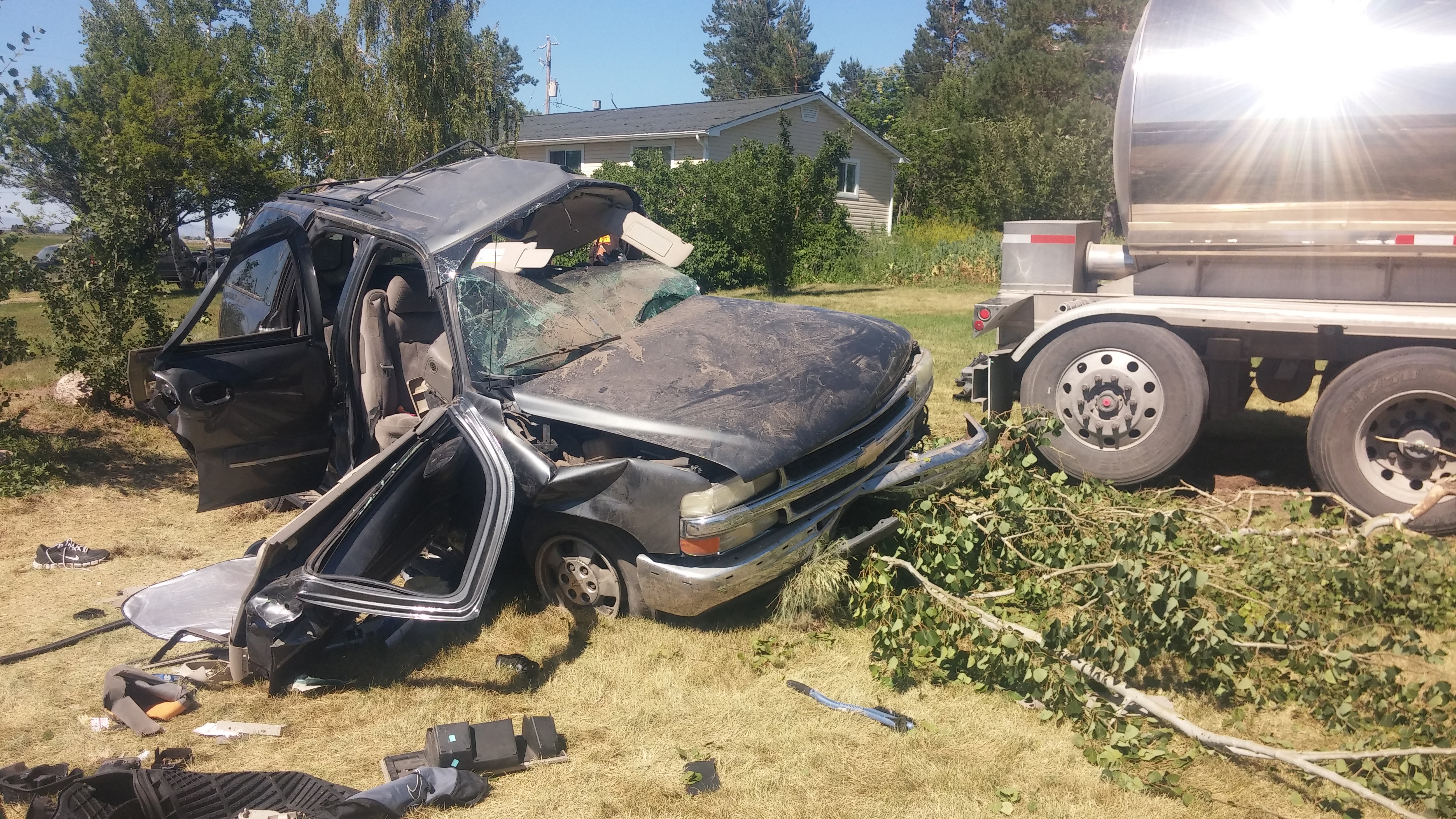 CACHE COUNTY, Utah — Five Utah State University student athletes suffered injuries in a crash involving an SUV and a semitrailer near Trenton Friday afternoon as they returned from an outing at Newton Dam Reservoir, and several of the victims were reported to be in critical condition.

“Our thoughts and prayers go out to the student-athletes and their family members during this trying time and we are hopeful that all will make a speedy recovery,” stated USU Interim Athletics Director Jana Doggett in the press release.

Lt. Cox of the Utah Highway Patrol said a group was in a Chevy Tahoe traveling on SR-142, and a report from UHP states the crash occurred around 2:25 p.m.

According to UHP, the intersection is controlled by stop signs on SR-142. Traffic on SR-23, which has no stop signs, has the right of way.

Witnesses told UHP the Tahoe did slow down and appeared to stop or almost stop, but then it pulled into the intersection in front of a southbound semitrailer.

The UHP report said the driver of the semitrailer–Steve Randall of Preston, Idaho–attempted to swerve and avoid hitting the Tahoe, but the semitrailer struck the driver’s side of the SUV, pushing it southeast about 75 yards and into the front yard of a nearby residence.

“The fact that they didn’t have seatbelts on, getting T-boned by a semi truck, they’re just lucky they’re alive,” said Lt. Lee Perry of UHP.

The Tahoe’s driver and the front seat passenger were both taken by helicopter to hospitals in Ogden. Three male passengers in the Tahoe were taken by ambulance to Logan-area hospitals, the UHP report said.

“We will do everything we can to help all the student-athletes involved in today’s car accident and will give them all the love and support they need,” said USU head football coach Matt Wells. “Our thoughts and prayers go out to everyone involved.”

The driver of the semitrailer was not injured. An initial report indicated six people suffered injuries, but updated information put the number at five.