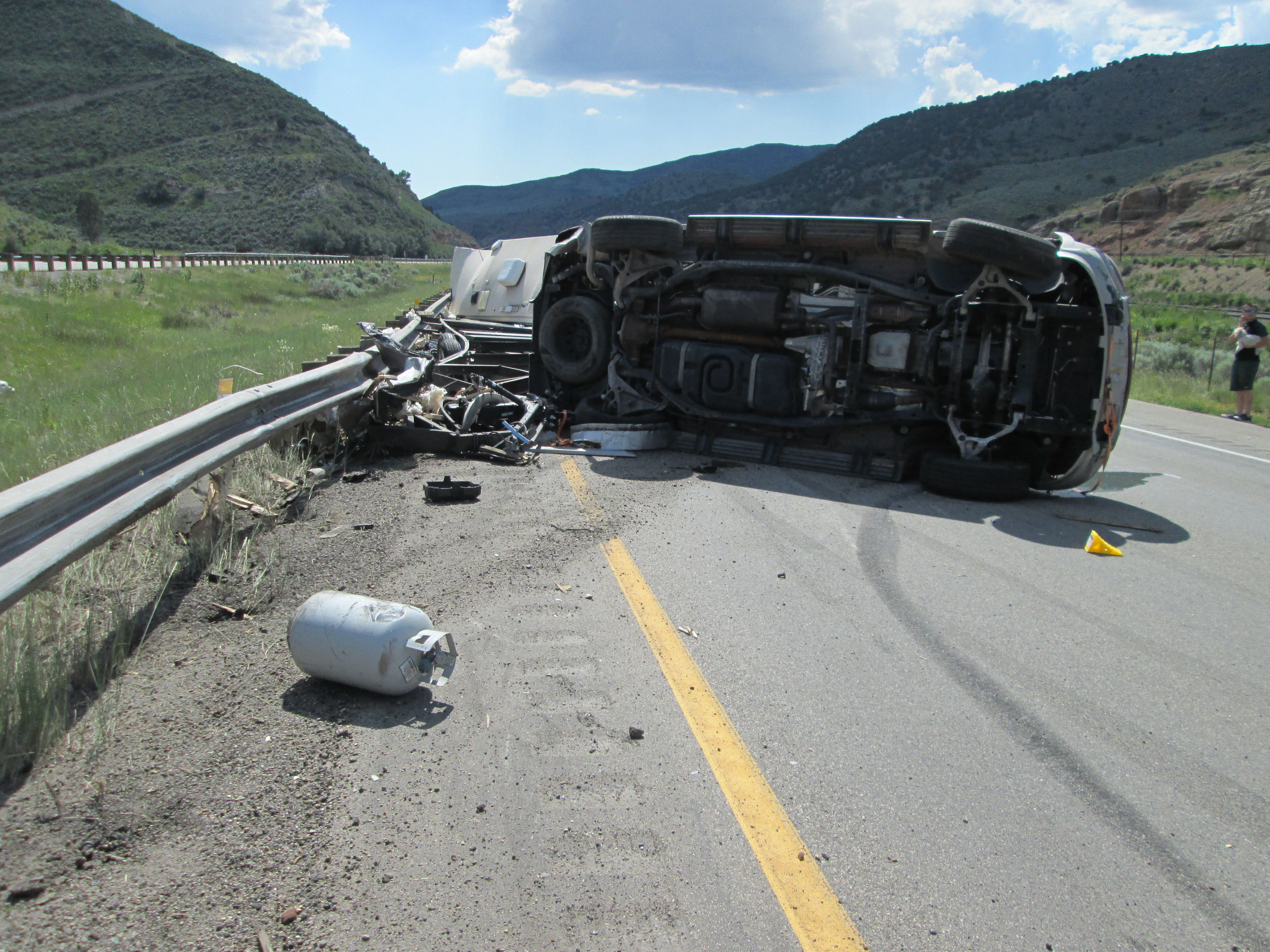 SUMMIT COUNTY, Utah — A family of five suffered minor injuries after an SUV pulling a travel trailer rolled on I-80 in Summit County Sunday afternoon, and Utah Highway Patrol said the fact the occupants were wearing seat belts likely prevented them from being ejected and helped them escape serious injuries.

The crash occurred around 3:58 p.m. Sunday on I-80 near mile marker 176 in Summit County when the driver of the SUV lost control for an unknown reason, causing both the SUV and the travel trailer to roll.

The crash blocked both lanes of westbound I-80, and traffic was temporarily diverted onto a frontage road at mile marker 179 and allowed to re-enter the freeway a few miles away at mile marker 169.

The SUV was occupied by a couple from Saratoga Springs and their three children, and they were taken to Park City Medical Center by ambulance to be treated for minor injuries.

The driver was identified as 46-year-old Trent Jacobson of Saratoga Springs, and his wife, Deanna Jacobson, was riding in the front passenger seat. The three children are a 15-year-old male, a 13-year-old female and 9-year-old female.

The release from UHP states: “All occupants in the SUV were wearing their seatbelts properly which prevented their being ejected from the vehicle in the rollover and helped them escape serious injuries.”