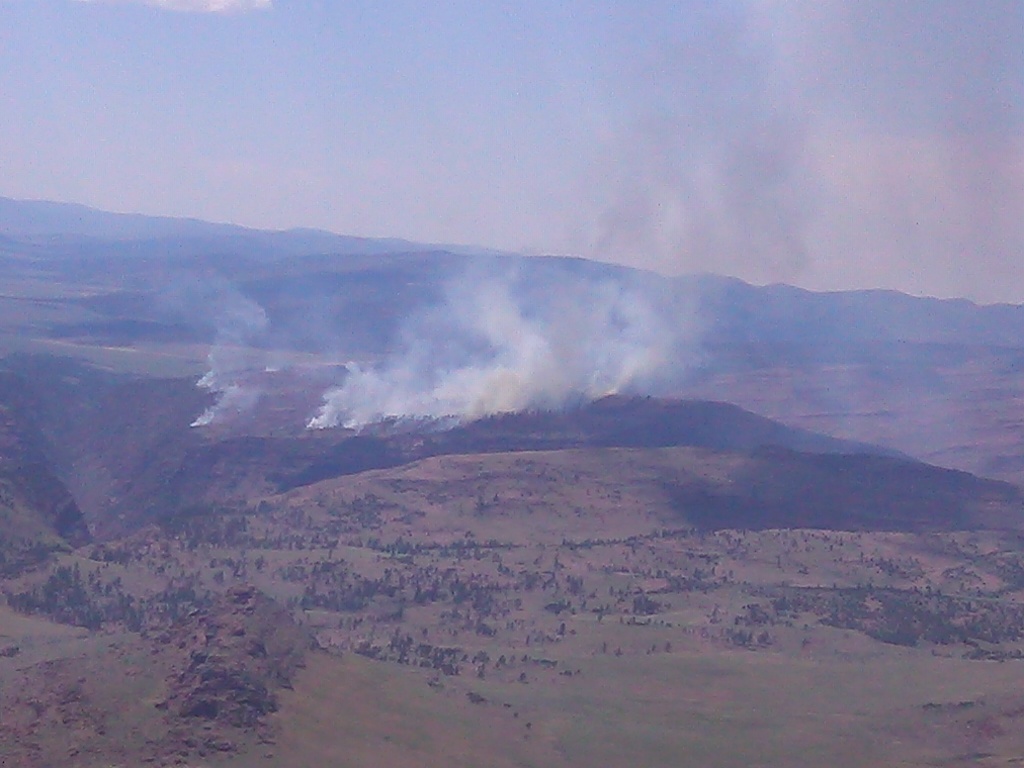 There is no estimated containment of the blaze, the Ecklund Fire, at this time.

The fire currently is no threat to monument visitors or structures, according to the National Park Service from Dinosaur National Monument. No evacuations are in effect at this time.

The fire is burning in the area of Ecklund Draw along the Green River’s Lodore Canyon in the Colorado portion of the monument. The flames are burning through mostly grass, brush and Ponderosa pine understory within an old burn scar, according to the release.

Ecklund Draw is in a remote portion of the monument near the northwest boundary with the Bureau of Land Management near Black Ridge.

The blaze has started to spread northeast into the BLM Diamond Breaks Wilderness Study Area, the release states. Fire crews are working on containment efforts in this area.

Monument staff, a type III helicopter from Yellowstone National Park and type II IA hand crew from the U.S. Forest Service are working to contain the fire. Additional hand crews and helicopter support have been requested, the release indicates.

The upper lot of the Canyon Overlook along the Harpers Corner Road will remain closed while it is used for helicopter operations. No other visitor services or facilities have been effected by the blaze at this time.

Jensen, located in northeastern Utah, is about five miles west of the Colorado border.