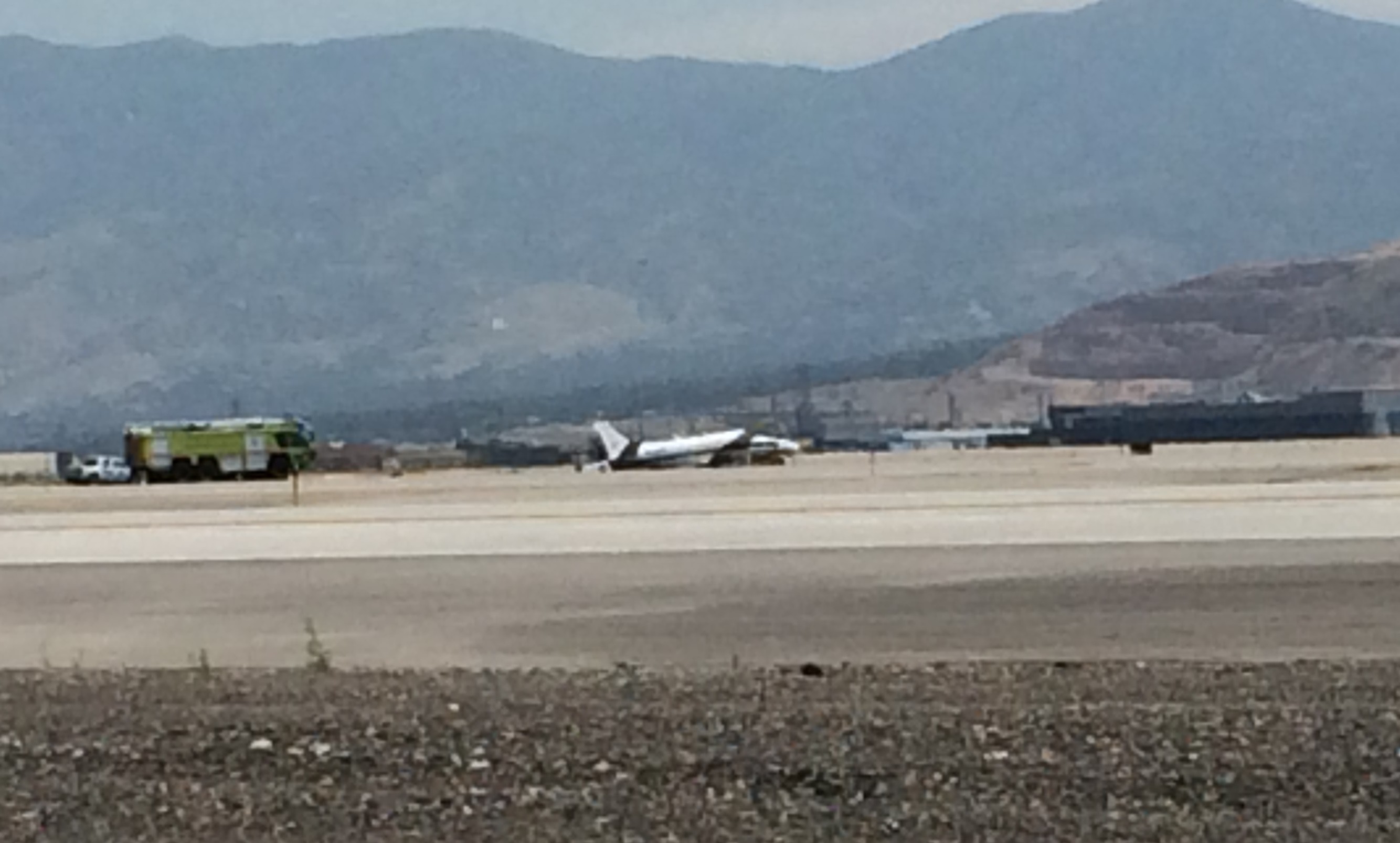 Airport officials said the plane landed on its belly immediately after takeoff because of a mechanical issue just before 8 a.m.

Officials said no one was injured.

Crews have not confirmed who owns the aircraft or where it is based.