LAYTON, Utah – Authorities are seeking the public’s help locating two teenage girls who have been missing since July 1 and who were last seen in the Layton area.

Utah Division of Child and Family Services said they are looking for 13-year-old McKenzey Madill and 15-year-old Alice Mpawenimana of Salt Lake County, both of whom were last seen at New Beginnings foster home in Layton.

DCFS personnel are concerned for the girls’ safety due to their age and the length of time they have been missing. Anyone who sees the girls or who has knowledge of their whereabouts is asked to contact Layton PD at 801-497-8300. The teens are described and pictured below.

McKenzey is described as being Caucasian and 5-feet 4-inches tall. She weighs 159 pounds.  She has red hair that is shaved on one side, and her eyes are blue. Authorities believe she may be in Salt Lake or West Valley City.

Alice is described as being African and 5-feet 1-inch tall. She weighs 155 pounds. She has black/brown hair in a short weave and her eyes are brown. Authorities do not list locations they believe she may be found but note she is a member of the Burundi refugee community. 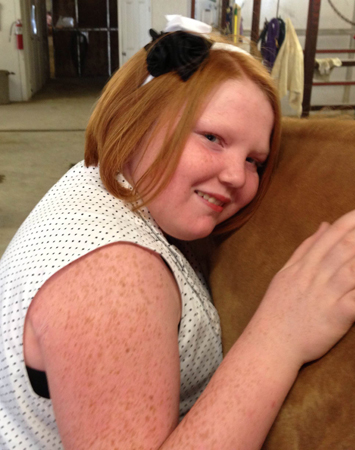