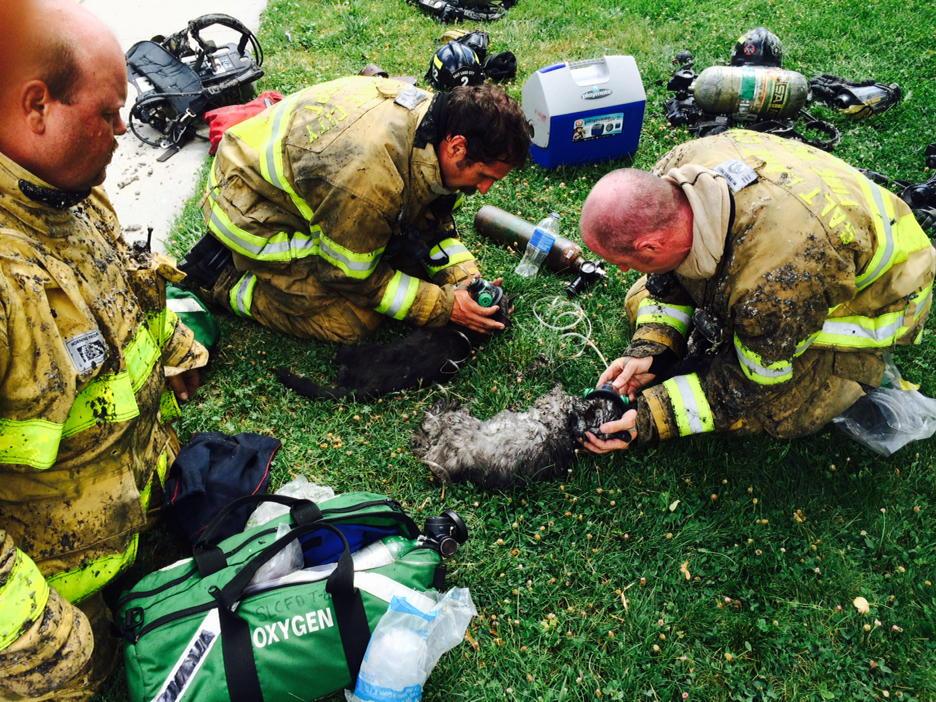 SALT LAKE CITY – Fire crews have contained a house fire and have saved the lives of two cats that were in the home at the time.

Officials said three people were in the home when the fire started and they were able to safely get out.

Fire crews rescued two cats from the house and gave them oxygen; the animals are expected to survive.

Authorities said the back end of the home and the attic sustained most of the fire damage.

Fire officials have not said how the fire may have started.

Firefighters are giving oxygen to both cats. The cats are doing well. pic.twitter.com/7jaXXkQfB3