Police: Two in custody, one on run after smoke shop employee hit with rock

SOUTH JORDAN, Utah - Police have a second suspect in custody after a smoke shop employee was bashed in the face with a rock and the store was robbed.

Two of the three suspects are now in custody; 20-year-old Cole Lee Covington, of Utah County, was arrested Thursday thanks in part to Fox 13 viewers who recognized him and called police.

Brandon Dvorak is from Mississippi and surrendered to police Thursday.

Police have also identified the other suspect, Gage King of Utah County, and are looking for him.

Officials said the victim is now out of the hospital and resting at home but he still has a long way to go; he can barely speak because of multiple face fractures. 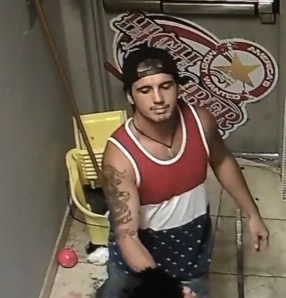