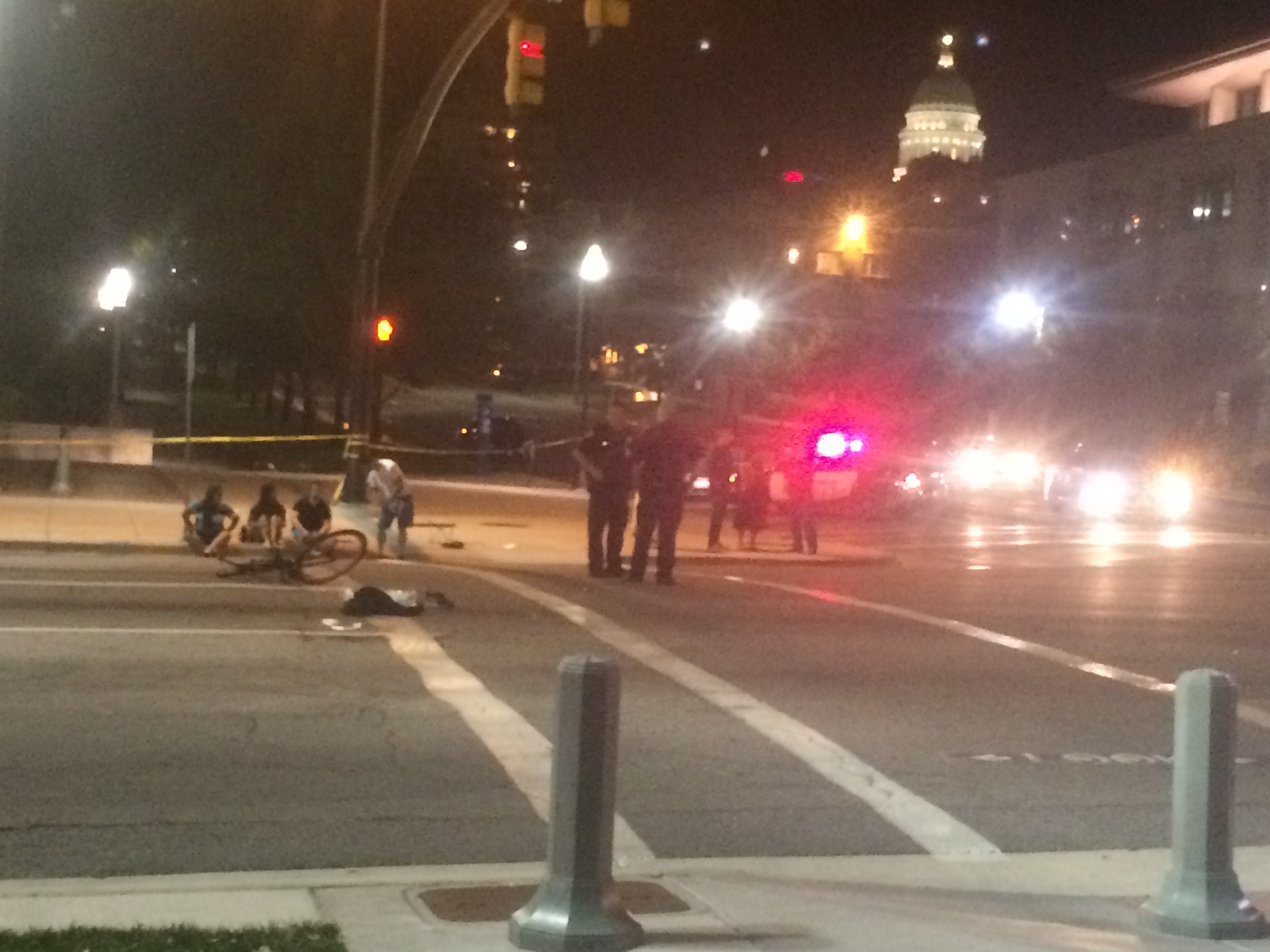 SALT LAKE CITY – A man was taken to a hospital in critical condition Friday night after a collision between a pickup truck and a cyclist.

Lt. Stefhan Bennett, Salt Lake City Police Department, said the truck was traveling westbound on North Temple when it collided with a cyclist in the Main Street intersection around 10:30 p.m.

Police said they received conflicting reports regarding which vehicle had a green light in their direction of travel and which may have been moving against a red signal.

Bystanders performed CPR on the bicyclist until an ambulance arrived, and the man was transported to a local hospital in critical condition.

Bennett said there is no indication alcohol or drugs were factors in the crash and he said the incident is under investigation. The names of those involved have not been released.