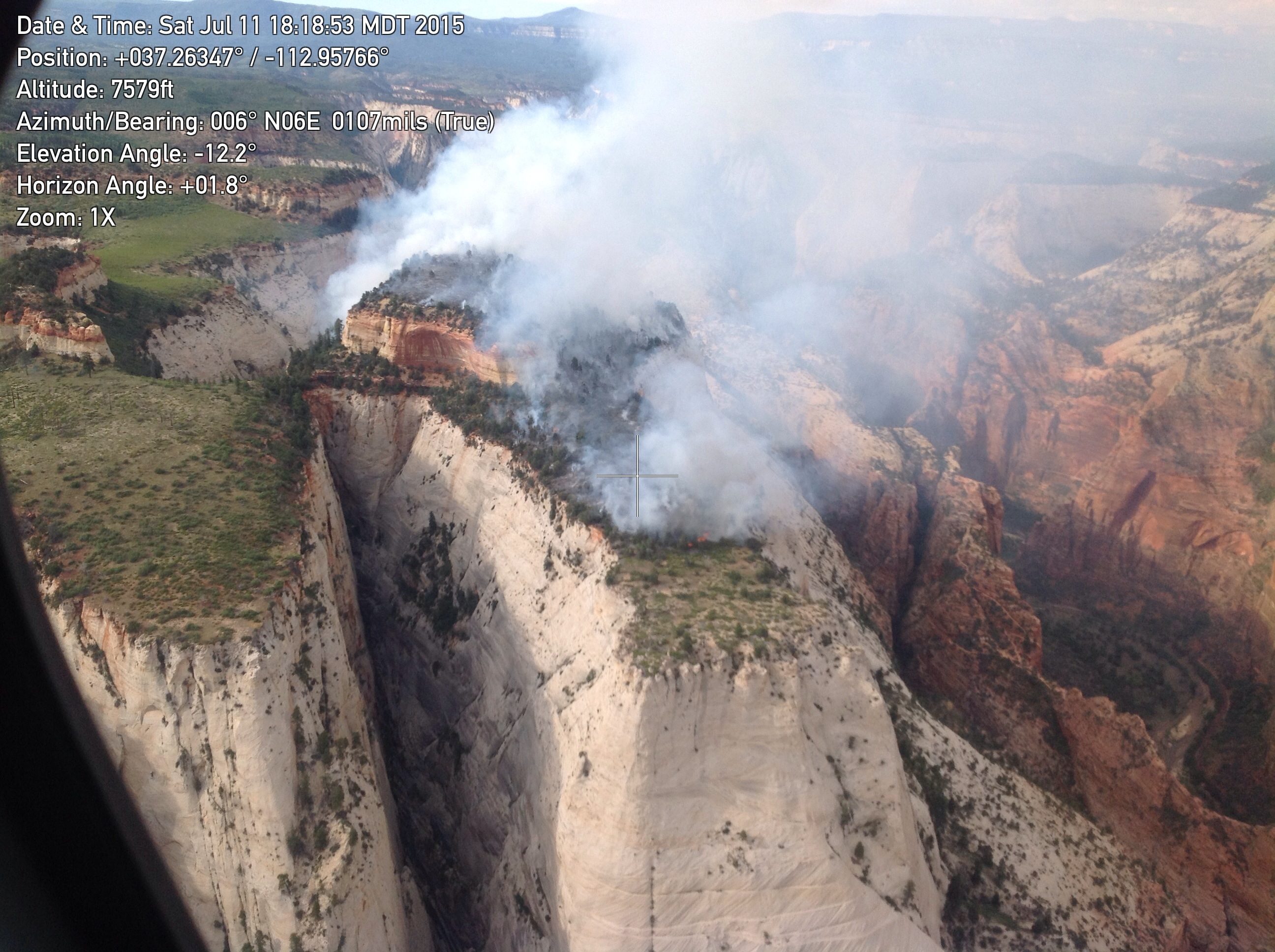 The Cathedral Fire is located on Cathedral Mountain, just west of Angels Landing. The blaze is in a remote location on a mesa top with difficult access, according to a press release from Zion National Park.

The blaze is being monitored by park firefighters.

“Due to its location and access and egress issues, it is not safe to put firefighters near the fire,” the release states. “Firefighters would have to be transported by helicopter to the site, which is also dangerous.”

The fire is not threatening any park resources.

As of Sunday afternoon, the Cathedral Fire had charred about 50 acres. Officials say the fire’s main movement is to the north toward the portion of the West Rim Trail.

Park officials have closed the lower portion of the West Rim Trail, including the trail to Angels Landing.

At about 5:30 p.m. on Saturday, park officials closed the lower portion of West Rim Trail, from the Grotto to Cabin Springs due to debris from fire falling down in Refrigerator Canyon.

“This section of trail is also how park visitors get to the popular Angels Landing Trail,” the release indicated. The closure was caused due to concerns that the debris that fell into Refrigerator Canyon might not allow visitors to pass through safely and from danger of being struck by the debris.”

Visitors that were on the Angels Landing Trail at the time of the closure were escorted down the trail by firefighters.

The trail reopen once firefighters feel there is no longer a threat to visitors.