TAYLORSVILLE, Utah -- Nearly 700 Rocky Mountain Power customers were without power after a man in a reported stolen car crashed into a power pole in Taylorsville early Sunday morning.

The stolen Honda Accord was first spotted by a Unified police officer on 4700 South at about 6:15 a.m. The 28-year-old driver ran a red light as he turned left at the intersection of 4700 South and 2200 West, said Chief Deputy Justin Hoyal with Unified police.

The officer pursued the suspect onto 2200 West and attempted to initiate a traffic stop when the driver sped off, Hoyal said.

The officer did not continue the pursuit.

The officer discovered the suspect had crashed into a power pole. He was taken to an area hospital in serious condition but has since been upgraded to fair condition.

said the suspect should be released from the hospital this afternoon then booked into the Salt Lake County Jail. The man has now been identified as Casey James Ortez, and he was booked into jail and faces charges of receiving or transferring a stolen vehicle as a second-degree felony, failure to respond to officer's signal as a third-degree felony, reckless driving, traffic violations and driving on a denied license.

Approximately 677 RMP customers were without power in the area code of 84129. A crew was on scene and repairs were done throughout the morning, according to the power company’s website. 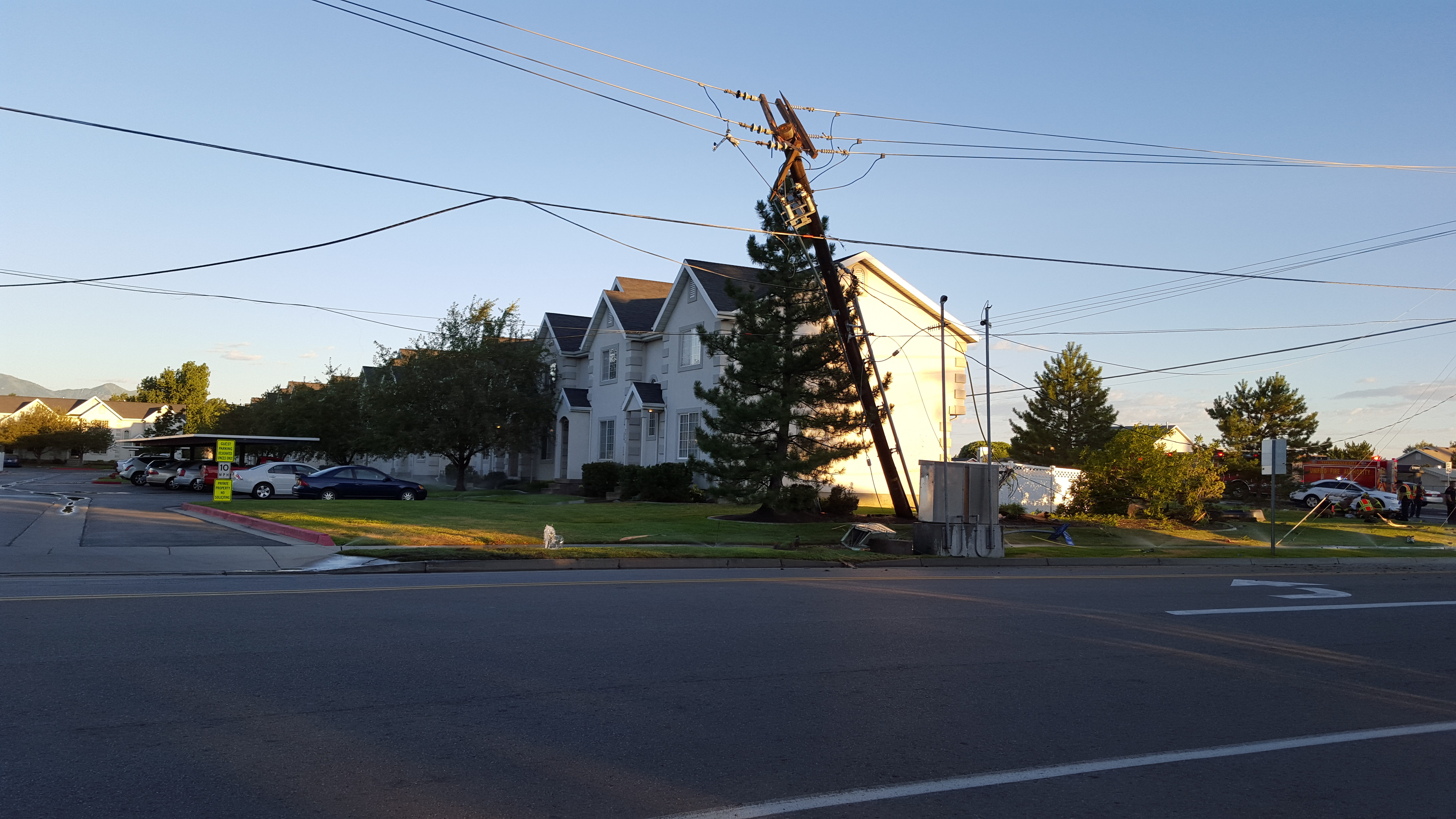