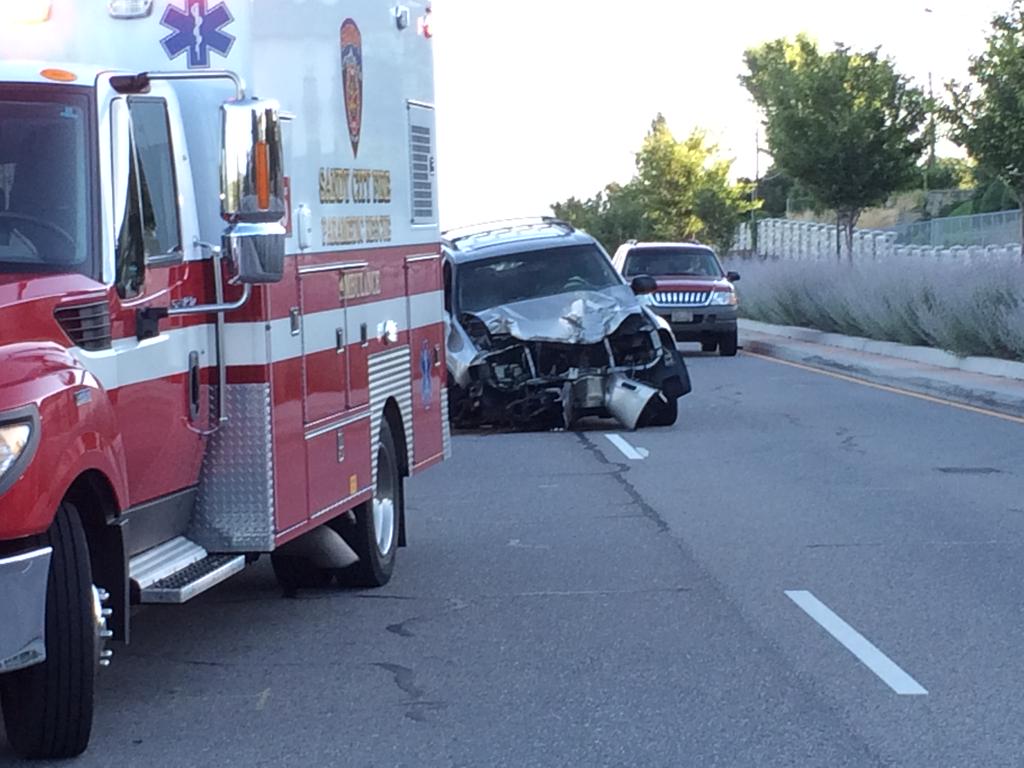 SANDY, Utah – A car hit a power pole and took out power for about 1,000 people in Sandy Tuesday morning.

Authorities said 44-year-old Harrison Redman was driving south on 1300 E. when his SUV swerved off the road and smashed into the power pole.

Sandy officers said one other person was in the car, Jason Handy.

Sandy Police Sgt. Dean Carriger said, “Mr. Redman indicated that Mr. Handy was intoxicated and had passed out and when he was startled, he grabbed the steering wheel of the vehicle, causing it to abruptly swerve, going off the road and strike that power pole.”

Handy told Fox 13, “I had no field sobriety test, no breathalyzer was administered. I would like to apologize to anyone who was affected by the accident.”

Carriger said the stories about what happened have changed a few times and detectives are still in the process of determining the exact cause of the crash.