SPANISH FORK, Utah - Authorities in Spanish Fork are investigating after a semi truck hauling a cement mixer veered off Main St. and plowed through a daycare's playground Wednesday morning.

The Utah Highway Patrol said a 47-year-old truck driver blacked out and when he woke up, his truck had stopped in a Church of Jesus Christ of Latter-day Saints parking lot, but not before going through planters, a daycare playground, a fence and across other property.

Officials said the driver is being checked at the hospital.

No one was seriously injured in this incident near 400 N. Main St.

Authorities have not confirmed what caused the driver to black out.

The driver's name has not been confirmed at this time. 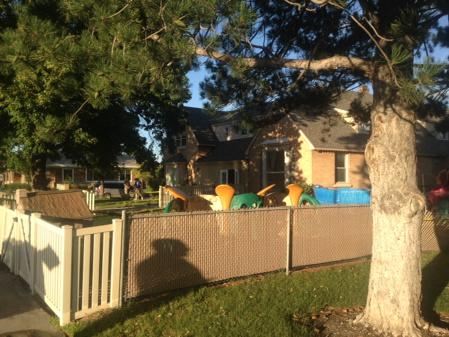