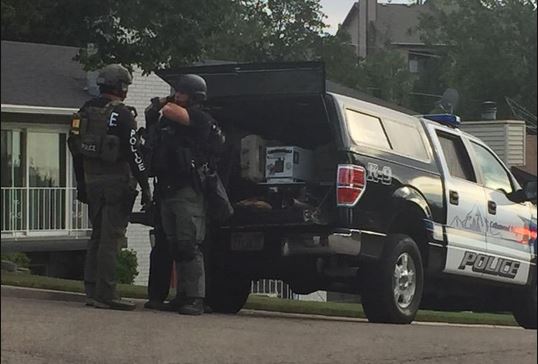 At about 6 p.m. Friday night, Cottonwood Heights police arrived on scene near 2135 East and 7450 South where the suspect, Gabriel Roy Ball, 43, had barricaded himself inside a home.

Ball also had outstanding warrants relating to robbery, possession of a stolen vehicle and fleeing from police. SWAT was called to the scene because the suspect was known to carry weapons.

Police made efforts to contact the man, but were not successful. Authorities were able to obtain a search warrant to enter the home to make contact with Ball.

Once officers made contact with Ball, police say, the suspect continued to struggle and fight officers, sustaining several minor injuries. He was eventually subdued and taken into custody at about 12:30 a.m. Saturday.

Ball was alone in the house.

At this time, Ball is facing charges of resisting arrest in addition to the charges from the outstanding warrants.