Suspect in custody after SWAT responds to home in Centerville 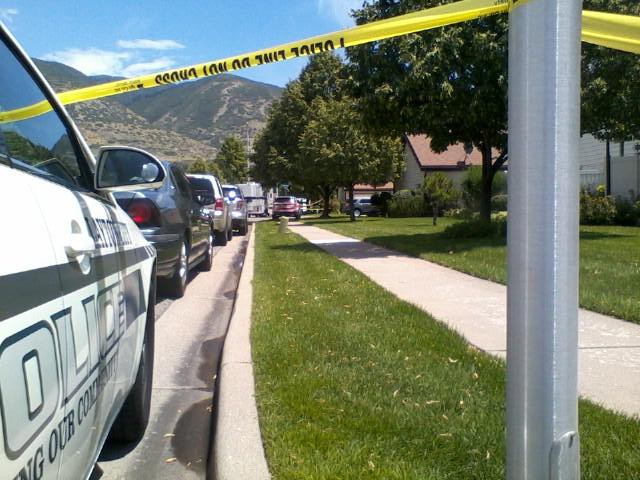 CENTERVILLE, Utah — A SWAT team was dispatched to a Centerville home where officials said a 31-year-old fugitive had barricaded himself inside, but by Friday afternoon the suspect had been taken into custody.

Police took the suspect into custody without incident, according to an update from Centerville police around 3:45 p.m.

Authorities were evacuating homes in the area near 1175 N. and 700 W. as a precaution and people were encouraged to stay out of the area as the SWAT team worked to contact the suspect.

Police said the suspect walked away from the Davis County Jail Friday at about 9 a.m.

Centerville Police checked a house belonging to the fugitive’s parents and said they believed he was in the home but initially wouldn’t answer the door or take any phone calls.

Officers said the fugitive’s parents told them the fugitive has access to a handgun inside the house.

Authorities said they believe the fugitive is the only person in the home.

“At approximately 9:00 am, an individual walked away from the Davis County Jail. Davis County put an attempt to locate out for a jail walk away for the South Davis County area. Centerville PD was asked to check a relative’s address at approximately 1100 N 700 W.  It was determined that the suspect was in the residence but would not respond to the door or answer any phones.  Through interviews in the immediate location and the home owner, it was determined that the suspect does have access to a weapon. A felony fugitive warrant was obtained by Davis County Jail and search warrant obtained by Centerville Police. Due to the hazardous situation Davis County SWAT was called out to assist. Approximately eight nearby residences were evacuated.

At this time negotiators are still attempting to make contact with the suspect through a variety of means.  At this time the police department is asking that people stay out of the area.”