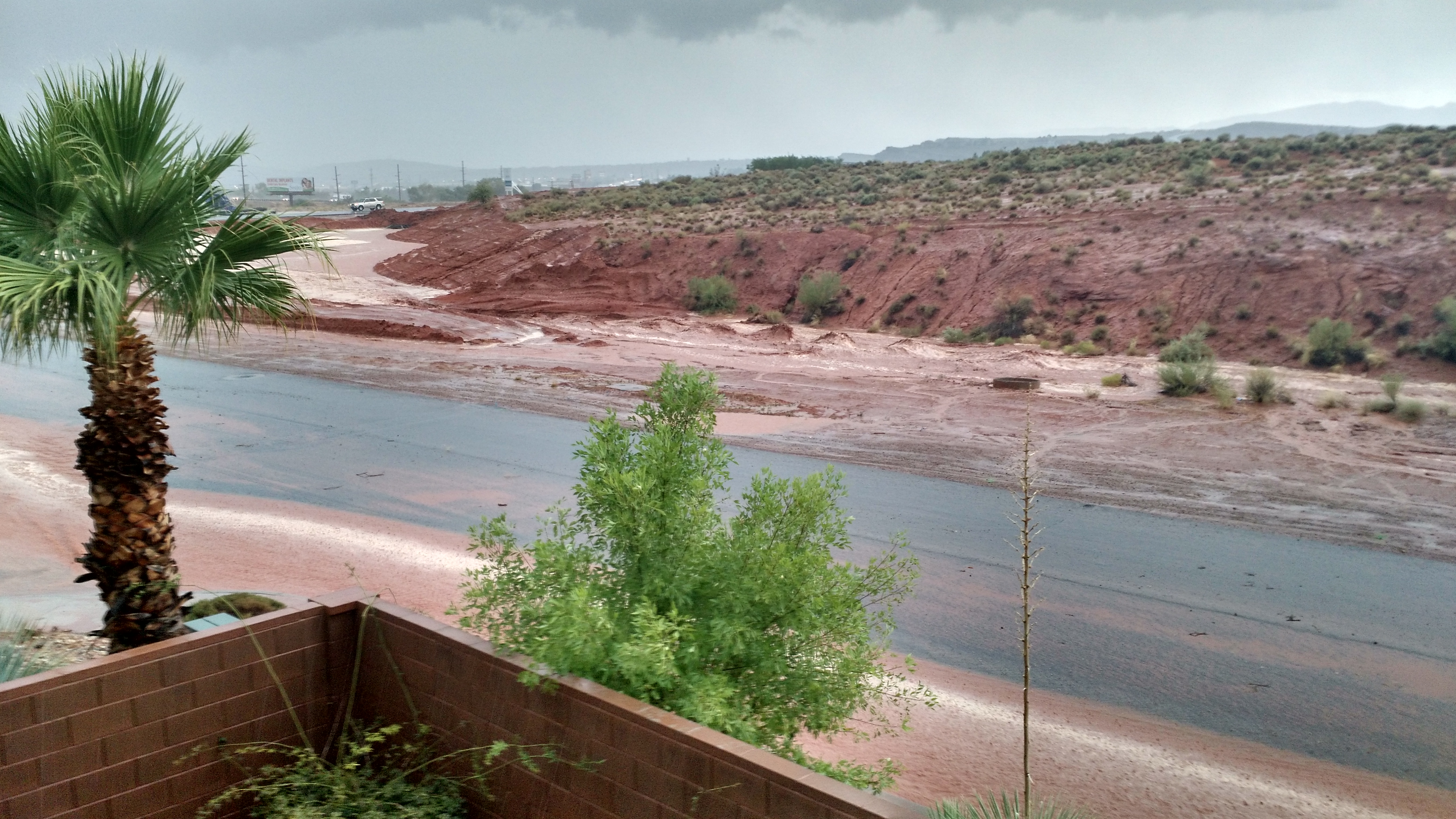 According to one flash flood warning, about 1.5 inches of rain fell in a very short period of time and flash flooding is occurring in Hildale, near the Utah-Arizona border.

As of just before 8 p.m., Washington County Dispatch officials said they had received reports of a lot of water in many places but no reports of damages from flooding.

Track the storms in your area with our interactive maps and radar.

See the photo gallery above for images of the severe weather, and use the button below to submit your own photos.