One critical, another injured after vehicles on SR-9 collide nearly head-on 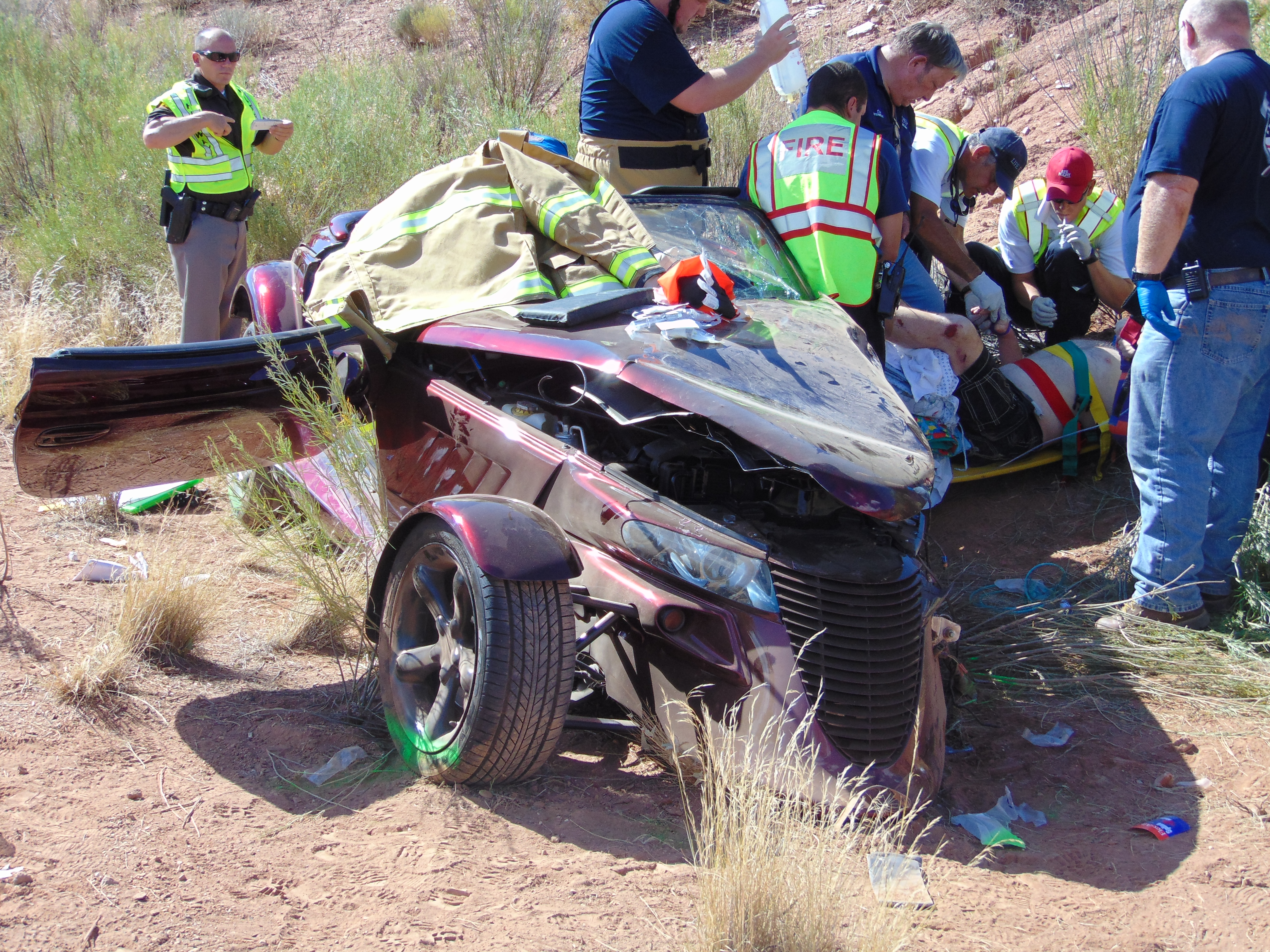 ROCKVILLE, Utah – A man suffered critical injuries and a woman was taken to a hospital after a nearly head-on collision that occurred on State Route 9 Sunday afternoon.

According to information from the Utah Highway Patrol, the crash occurred at 3:48 p.m. on State Route 9 at mile post 22, which is near the town of Rockville.

The highway is only two lanes in that area and is marked as a passing zone. An eastbound Ford Taurus driven by Conlan Finnerty, 16 of Hurricane, began to pass an RV near mile post 22.5.

A Plymouth Prowler being driven by Timothy Chard, 51 of Washington City, was traveling westbound in the same location. Finnerty braked hard and tried to swerve to avoid the crash, “but the two vehicles struck nearly head-on”, according to UHP.

Chard was critically injured and was taken by medical helicopter to Dixie Regional Medical Center. His passenger, 34-year-old Erin Chard of Washington City, was taken to DRMC by ambulance. The extent of her injuries were unclear.

The driver of the Ford and his three passengers were treated at the scene and released.

The cause of the crash is under investigation, but officials said at this time they do not suspect impairment was a factor.