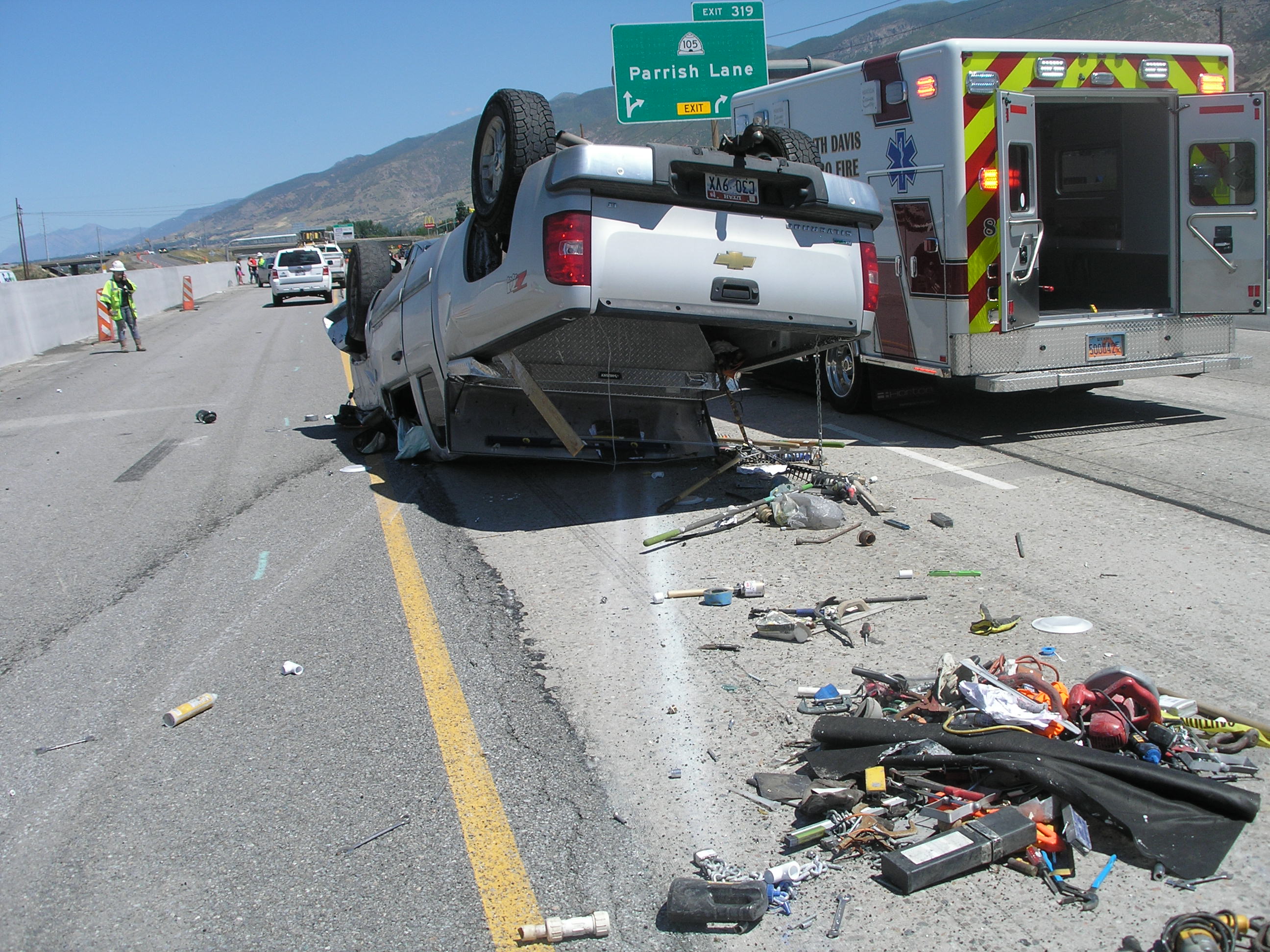 CENTERVILLE, Utah – Troopers responded to a crash on I-15 Sunday in which two vehicles rolled over, and they said the fact everyone was properly restrained is likely the reason there were no serious injuries or deaths.

According to information from the Utah Highway Patrol, the crash occurred just before noon on a 4-lane stretch of I-15 near mile marker 319, which is near Parrish Lane in Centerville.

Kate Hoganso, 28 of Ogden, was traveling with three children in an SUV and going northbound when, for an unknown reason, she cut from the far right lane to the far left lane, crossing both center lanes in the process.

The SUV struck a pickup truck that was already in the far left lane, and the corner of the SUV impacted the right, front corner of the truck.

The SUV rolled and came to a rest on its roof.

The pickup truck, being driven by 40-year-old Darrel Lester of Riverton, was forced into a concrete barrier and also rolled.

Lester was taken to Lakeview Hospital with back pain and in fair condition. His passenger rode with him but did not require medical assistance.

Two of the three children in the SUV were taken to Primary Children’s Hospital in fair condition. The driver and third child did not require medical transport.

UHP states: “It appears all occupants in both vehicles were wearing seat belts or were in carseats. Had this not been the case, the crash would most likely have resulted in significantly worse injuries or death.”

Two of the four northbound lanes were closed for about one hour.

UHP urges drivers to use caution when making lane changes and to signal properly when doing so. They remind drivers to check mirrors and blind spots, and to only move over one lane at a time.