BRIGHAM CITY, Utah - Authorities are investigating a fire they say is suspicious in Brigham City.

Fire crews said the first call came in at about 2 a.m. and before long, almost 30 firefighters from four agencies were at the fire near 56 N. and 500 E. Monday morning.

Fire crews said the Baron Woolen Mills building was the focus of a five-alarm fire just over a year ago that turned out to be arson.

Officials said fire crews had the flames contained quickly but the main concern were the embers that were landing on a home just feet away.

Crews evacuated the residents in the home and no one was seriously injured.

Authorities said they working to determine the cause of the fire and then demolish the building so something like this doesn't happen again. 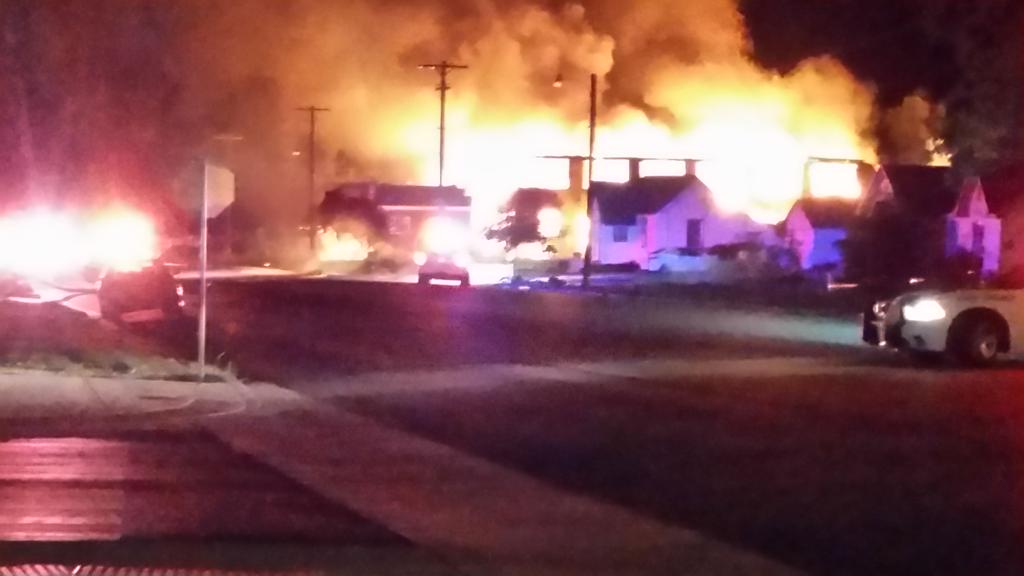