SALT LAKE COUNTY, Utah -- Two EMTs and one patient are now in fair condition after an accident on Interstate 15 when a psychiatric patient allegedly tried to grab the wheel in the ambulance they were traveling in, causing them to roll early Friday morning.

The accident occurred at about 2 a.m. just north of 12300 South. According to Utah Highway Patrol the ambulance was carrying two EMTs and one psychiatric patient.

The EMTs were taking the patient to a behavioral health facility when he became violent and attempted to take the wheel, causing the ambulance to roll, according to UHP.

The EMTs were taken to Intermountain Medical Center. The patient was taken to Jordan Valley Medical Center. Originally all occupants of the ambulance were reported to be in serious condition. They have since been upgraded to fair condition.

According to UHP the ambulance was traveling north from Juab County.

It is unknown at this time why the patient was unrestrained and able to take hold of the wheel.

If they do find enough evidence, UHP officials say, the patient could most likely face charges of aggravated assault.

The crash is still under investigation. 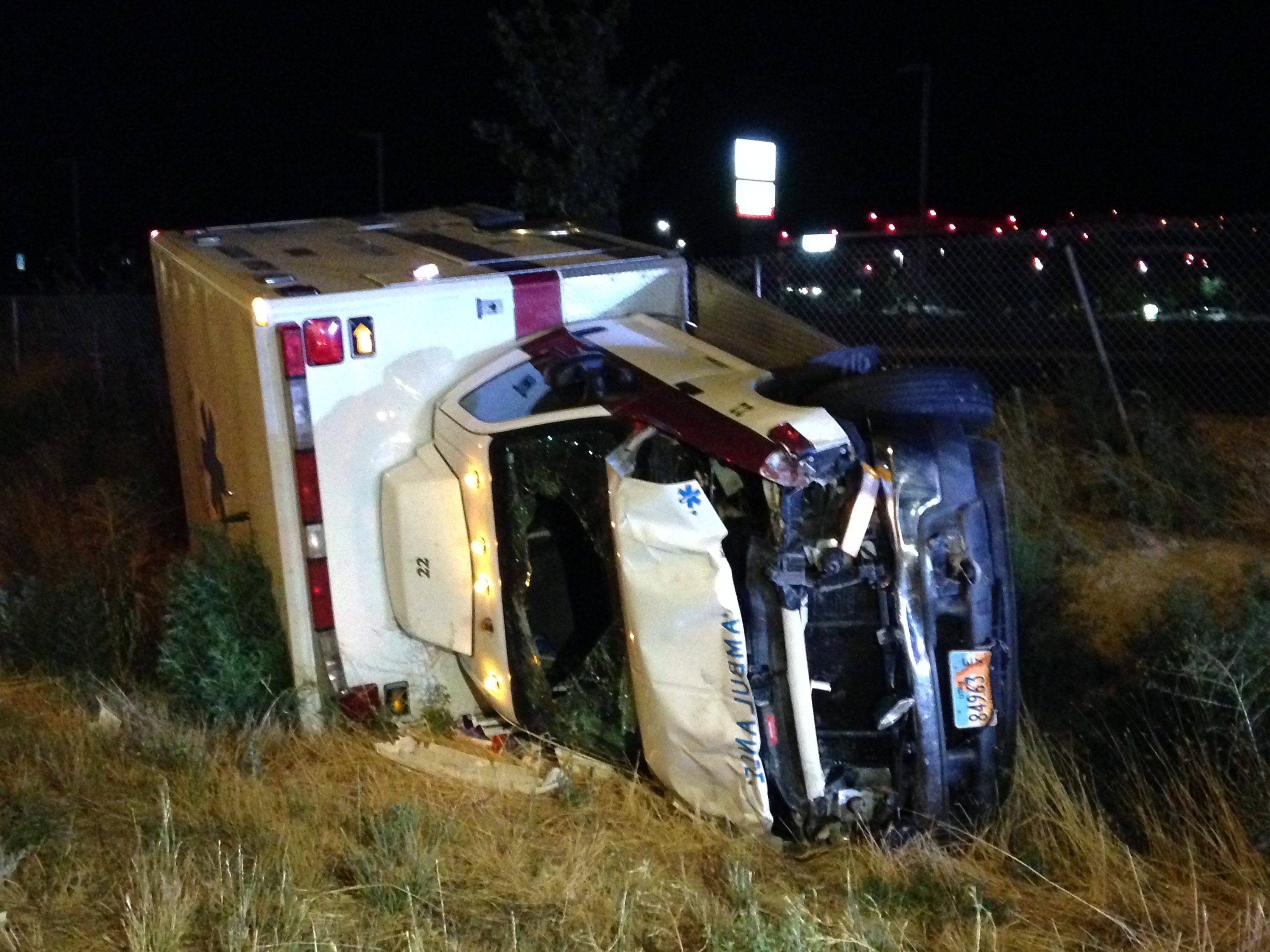