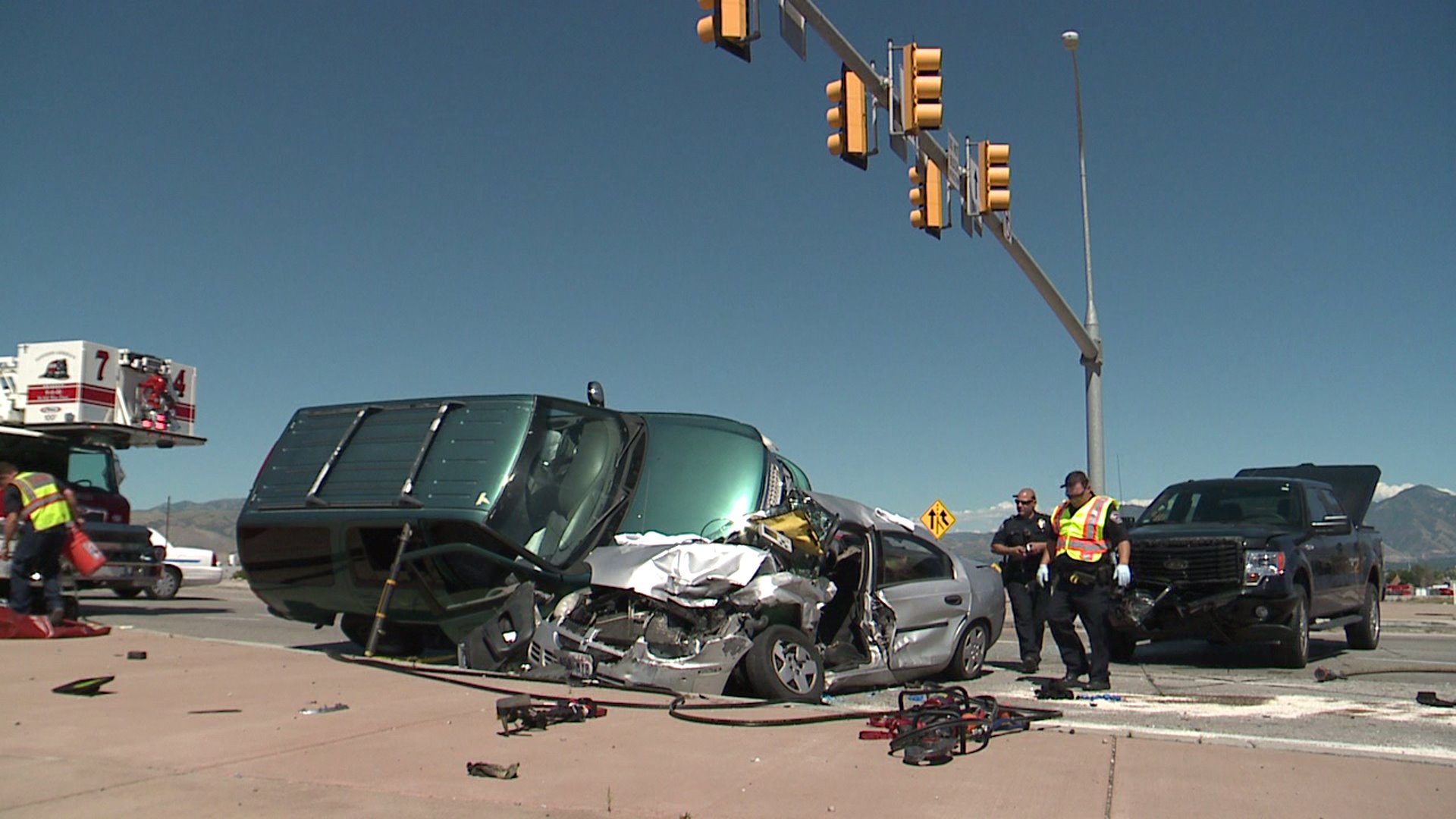 A green SUV was heading northbound when the driver didn’t notice the light was red in the area where State Route 201 meets Bangerter Highway.

Another car going through the intersection tried to swerve and avoid the SUV, but the two met in the middle.

“The green SUV, upon our arrival, was up on its side,” said Battalion Chief Chris Beichner of the West Valley City Fire Department. “Our first priority was to stabilize that, and then we could go render aid– which also included extraction to a male passenger in the silver car.”

There were two adults and two children in the SUV. One of them had minor injuries. A man in the other vehicle suffered a broken leg.