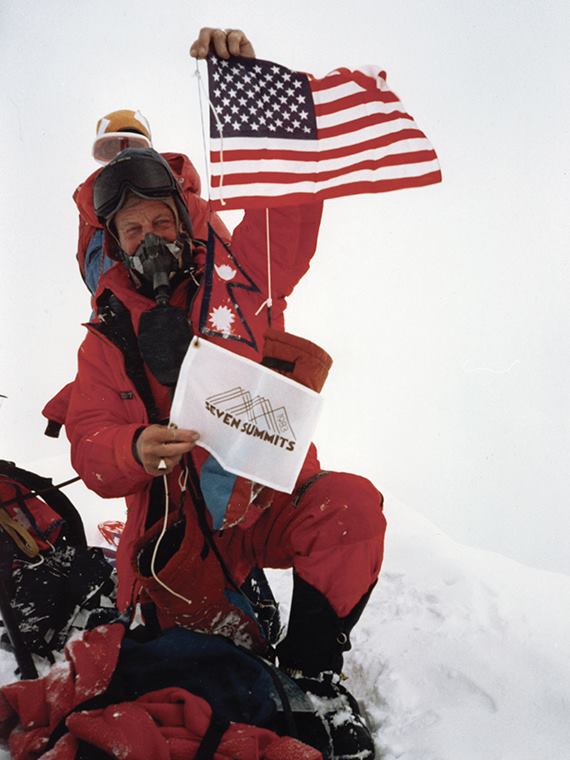 SNOWBIRD, Utah — Richard Daniel “Dick” Bass, the first person to climb the highest point on each of seven continents, died Sunday at the age of 85 surrounded by family in Dallas, Texas.

Bass, born Dec. 21, 1929 in Tulsa, Okla., completed the “Seven Summits” at the age of 55 in 1985 when he summitted Mt. Everest on his fourth attempt with guide and lifelong friend, David Breashears. Bass also co-founded Snowbird Ski and Summer Resort in 1971 with Ted Johnson, according to a press release from Snowbird Ski resort.

While pursuing his dreams throughout his life, Bass discovered an effective outlet for his frustrations and anxieties through climbing major mountains.

“Mountain climbing recharged me with a greater sense of self-confidence and self-respect, and enabled me to put my troubles and pressures into better perspective by more fully realizing, ‘if it’s meant to be, it’s up to me!’” Bass said according to the Snowbird website.

“The Snowbird family is mourning the loss of a great man who changed so many of our lives for the better,” said Snowbird President Bob Bonar, who worked with Bass since before the resort opened.

Funeral services are set for July 31 at 4 p.m. at St. Michael and All Angels Episcopal Church in Dallas, Texas.