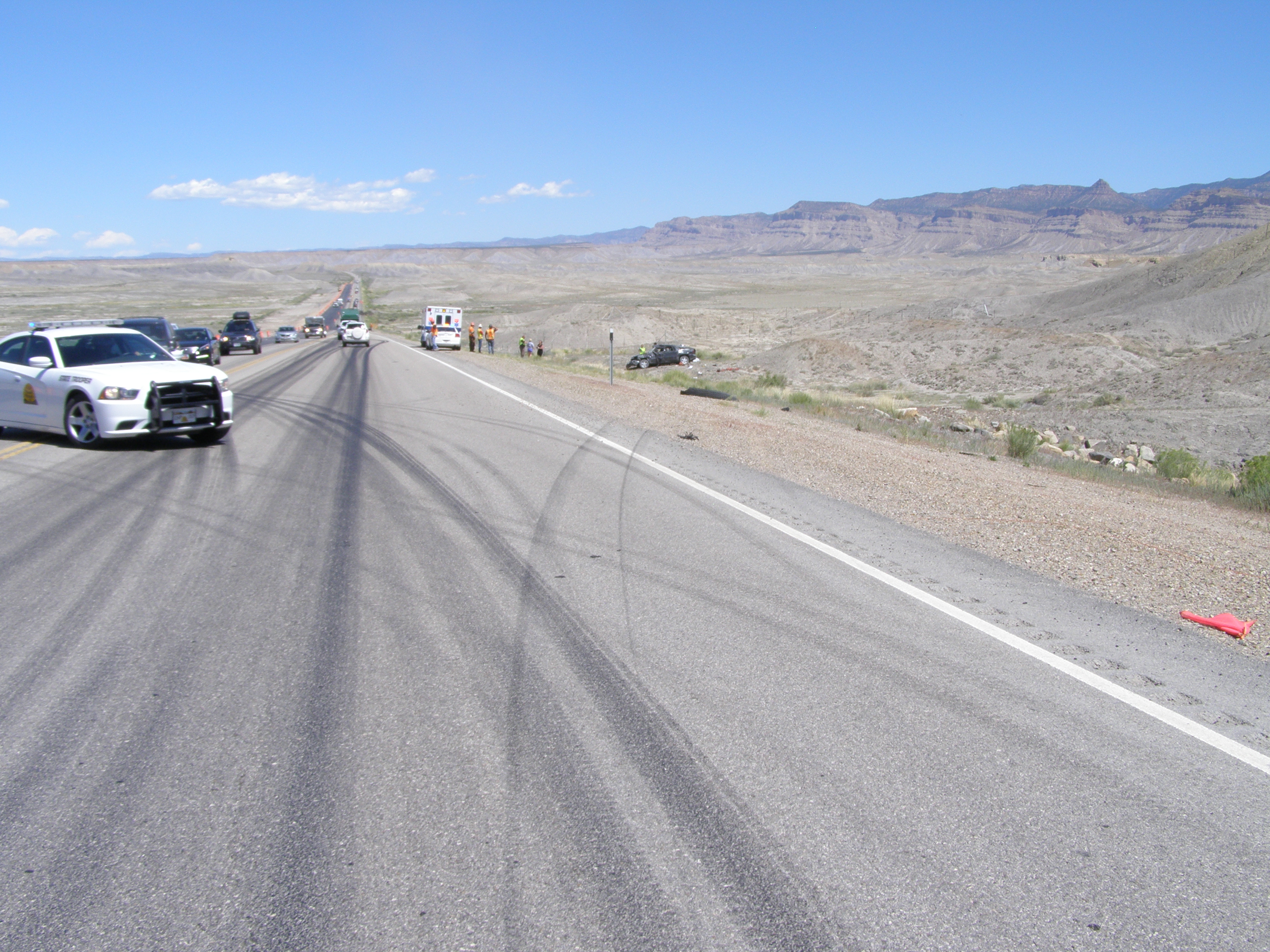 EMERY COUNTY, Utah — A man is dead after being ejected from a vehicle during a rollover accident on U.S. State Route 6 in Emery County Monday morning.

The crash occurred at about 11:35 a.m. when the motorist driving a Chevrolet Avalanche, traveling west, approached a construction zone on the highway at mile marker 275 near Woodside, approximately 30 miles southeast of Green River.

The motorist came upon a line of stopped traffic inside the construction zone where they were alternating traffic with a pilot car, according to Utah Highway Patrol.

Officials say the man made an evasive lane change to the right then rolled down an embankment.

The motorist was not wearing a seat belt and was ejected through the driver-side window.

According to UHP, the victim was from out of state. Officials will release his name once family has been notified.