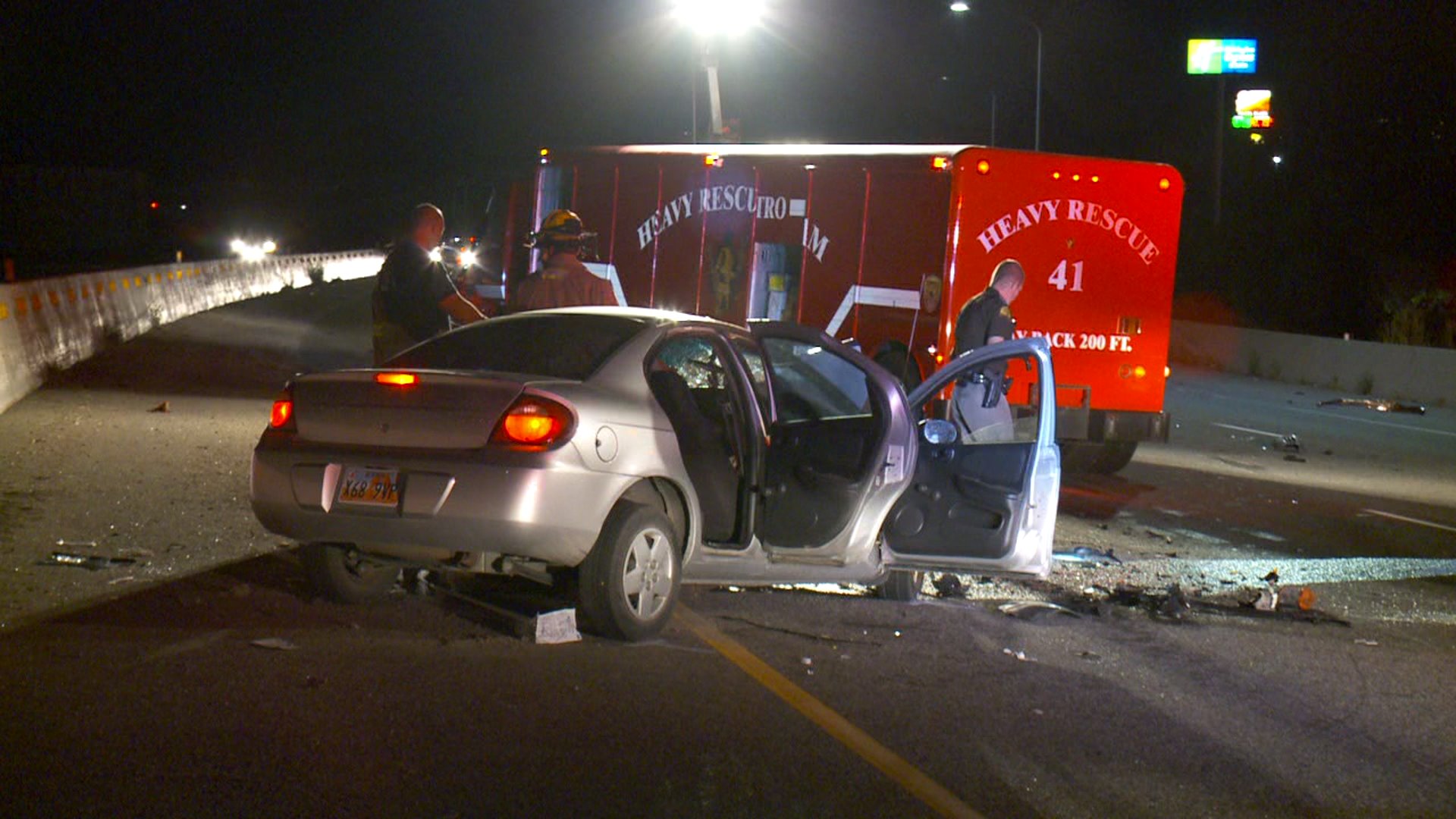 OGDEN, Utah – A man is dead after a head-on crash in Weber County on I-15 overnight.

The Utah Highway Patrol said a wrong-way driver going south in the northbound lanes hit two trucks at about 11:30 p.m.

One of the trucks had only minor damage and no one was hurt.

The other truck had five people inside including an infant.

That truck rolled after the crash and the driver and passengers were taken to the hospital with minor injuries.

All occupants in that truck were wearing seat belts.

“We don’t know exactly what his speed was at the time but it was around a curve,” UHP Sgt. Roy Carlson said. “The driver of the truck said he came around that curve and all of a sudden there was the vehicle, he saw headlights, tried to avoid it, but couldn’t avoid it at the time. ”

The wrong-way driver was flown to the hospital after crews cut him from the car; he later died.

Troopers are investigating what led to the crash.