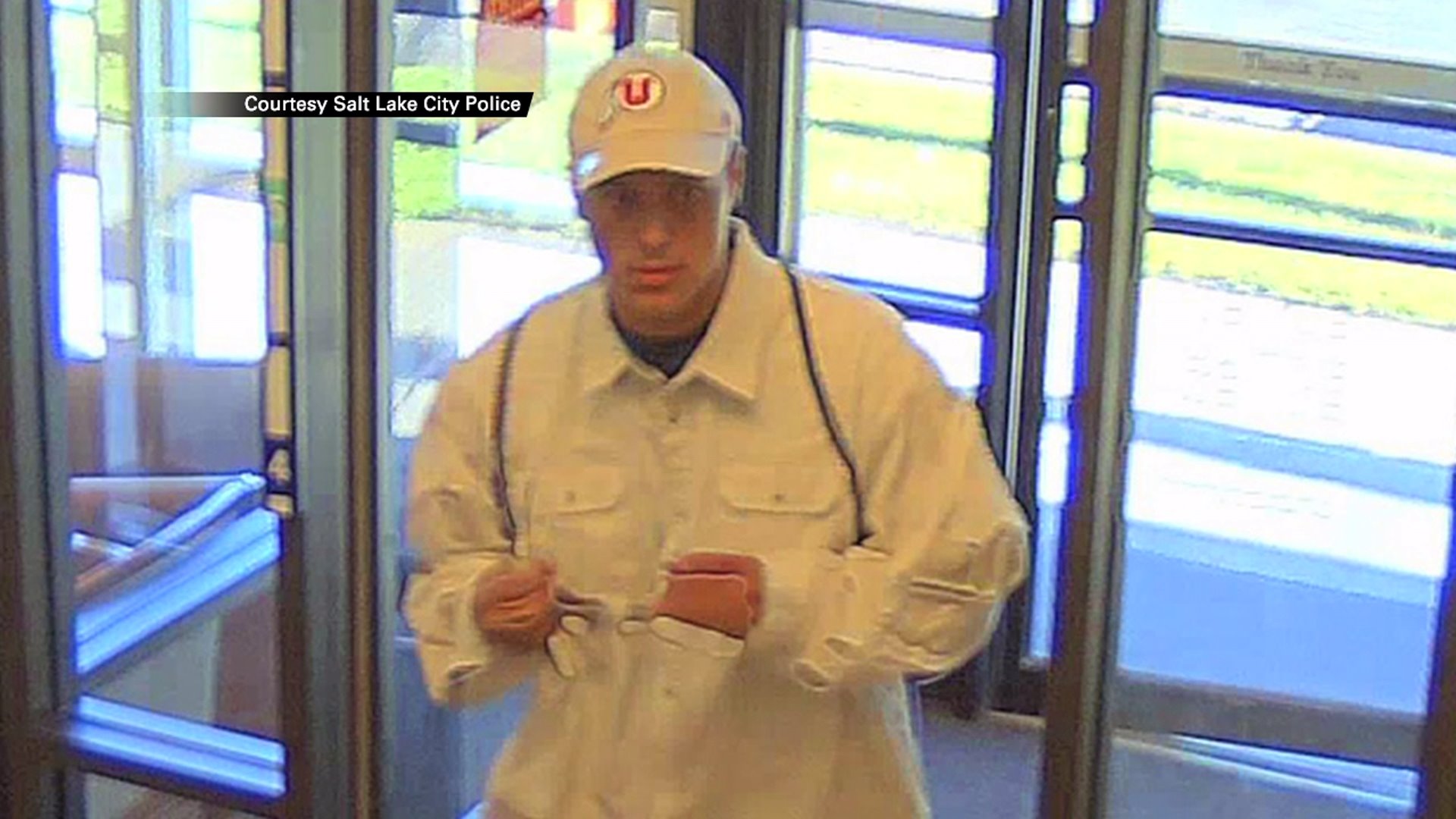 Officials said the suspect walked into a Wells Fargo Bank at 1700 S. Redwood Rd., told the teller he had a weapon and demanded money.

He got away with an unconfirmed amount of cash he ran from the bank westbound along 1700 S.

Authorities said the suspects is in his 30s and just under 6-feet-tall with a thin build.