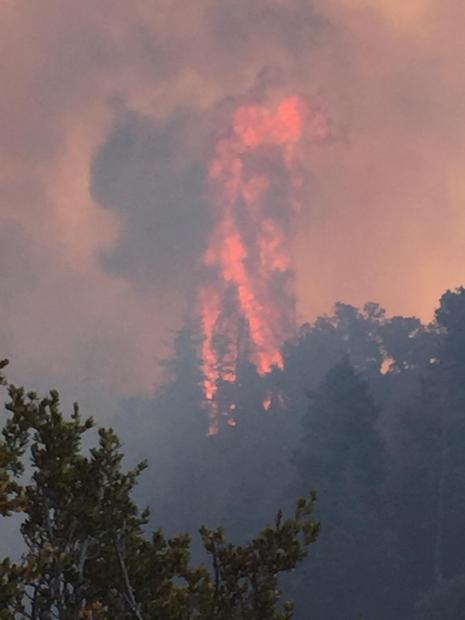 RICHFIELD, Utah — A lightning-caused fire near Richfield is being managed by fire crews in order to improve the habitat and manage natural resources in the area, and the fire grew from 378 acres Saturday to 2,162 acres by Sunday night.

Utah Fire Info tweeted at about 9:30 p.m. that the fire received 0.4 inches of rain Sunday and had minimal fire activity. The tweet states the “acreage is now accurately mapped at 2,162 acres.”

According to a series of press releases from Fishlake National Forest, the fire is being managed to reduce the amount of dead fuels in the area and to create openings in the mixed conifer to allow for aspen regeneration.

The fire was started by lightning on July 19 and is burning on the Pahvant Range about 10 miles northwest of Richfield.

According to Sunday’s press release, the fire was the most active it has been since it started and there was larger growth than previously observed. The fire is 25 percent contained as off Sunday and is burning in timber with aspen and sagebrush/grass.

There are no closures associated with the fire as of Sunday. Smoke from the fire may impact local communities, especially during the morning, the press release states. For information about smoke impacts and methods to mitigate the harm, click here.