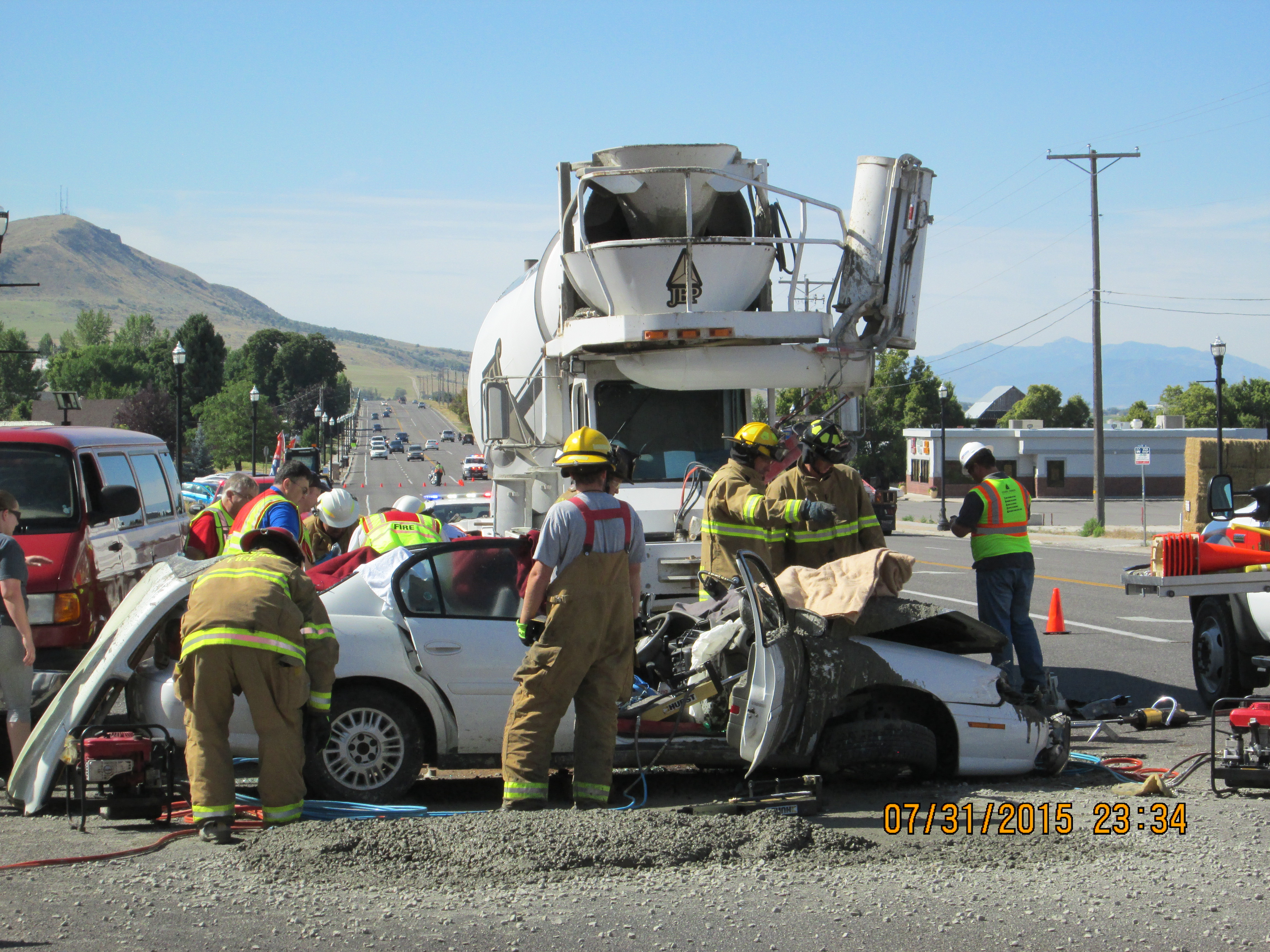 RICHMOND, Utah – Crews used jaws of life to extricate a man from a vehicle after a van towing a car turned left in front of a cement truck on State Road 91 Saturday morning, and that man is expected to make a full recovery from injuries that may include a concussion and broken leg.

According to information from the Utah Highway Patrol, the crash occurred around 9:48 a.m. at the intersection of 100 South and State Road 91 in Richmond.

A woman was driving a Dodge Ram Wagon Van and towing a Chevrolet Malibu, and a man was riding in the driver’s seat of the Malibu as the vehicles traveled westbound on 100 South.

The woman stopped at a stop sign, and she told police she saw a cement truck traveling northbound on State Road 91 in the No. 2 lane. The woman thought the cement truck was going to turn eastbound onto 100 South, so she pulled out to make a left turn.

The cement truck collided with the front end of the Malibu being towed and impacted the driver’s side. The three vehicles blocked both northbound lanes for about an hour and a half.

The driver of the van and driver of the cement truck did not suffer injuries. Crews had to extricate the 50-year-old male from the Malibu, who has not been identified but is from Franklin, Idaho. The man was taken to Logan Regional Hospital to be treated for a possible broken leg and concussion, but, according to UHP, he is expected to make a full recovery.