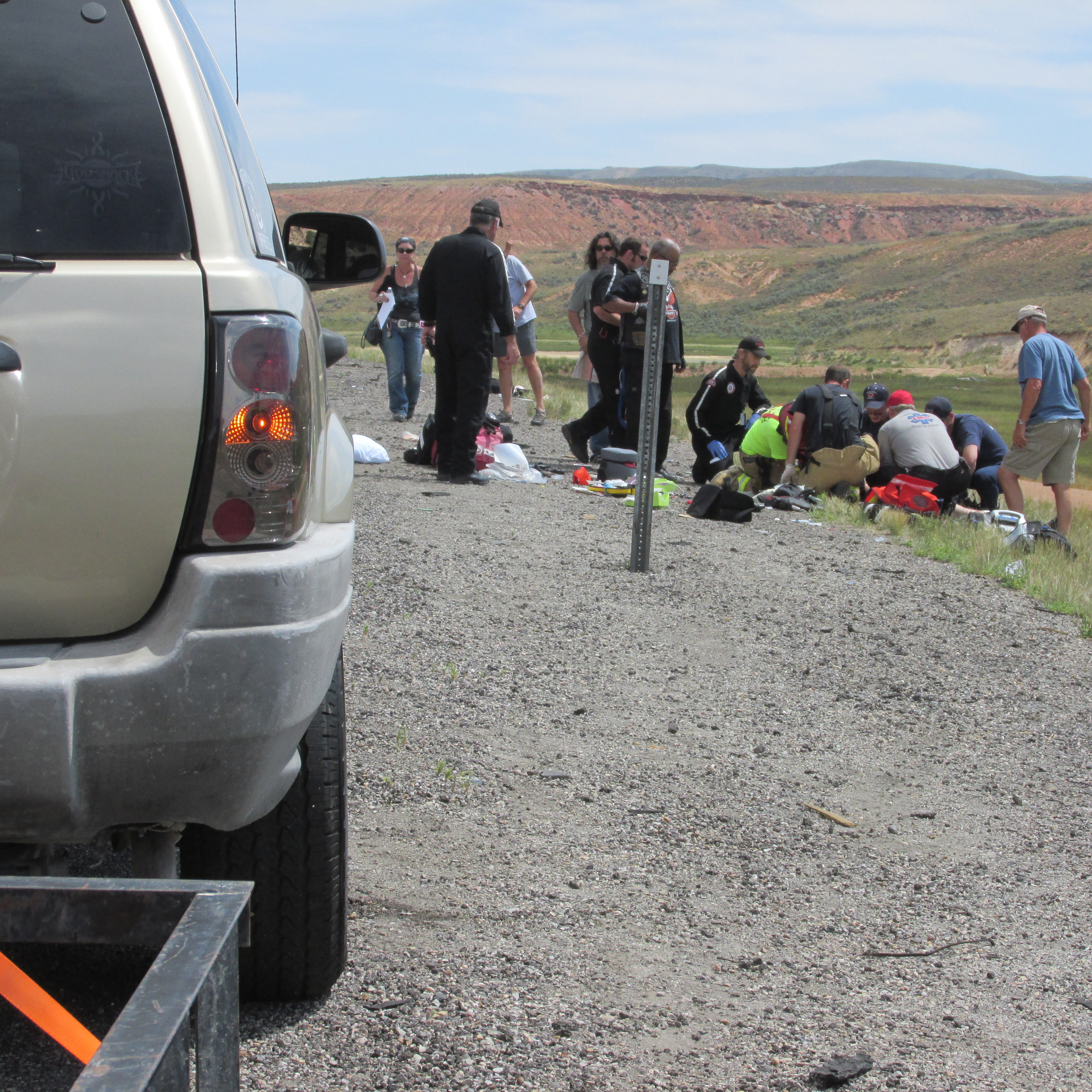 SUMMIT COUNTY, Utah — A  woman suffered fatal injuries and her husband was flown to a hospital in critical condition Sunday after a crash involving a car and a motorcycle on I-80 in Summit County.

According to the Utah Highway Patrol, the crash occurred on eastbound I-80 near mile marker 185 around 11:18 a.m. when a vehicle “made contact with a motorcycle” carrying two people.

UHP states the motorcycle went down and that both occupants were ejected. The male driver–later identified as 57-year-old Perry L. Smith of Henderson, Nevada–suffered critical injuries and was flown to University of Utah Hospital.

The female passenger–later identified as 57-year-old Stephanie R. Smith of Henderson, Nevada–died at the scene of the crash.

The  Smiths area husband and wife and both were wearing helmets.

The passenger car was occupied by a male driver and male passenger, neither of whom were injured.

Police have not issued any citations thus far in connection with the crash, which they said remains under investigation at this time.