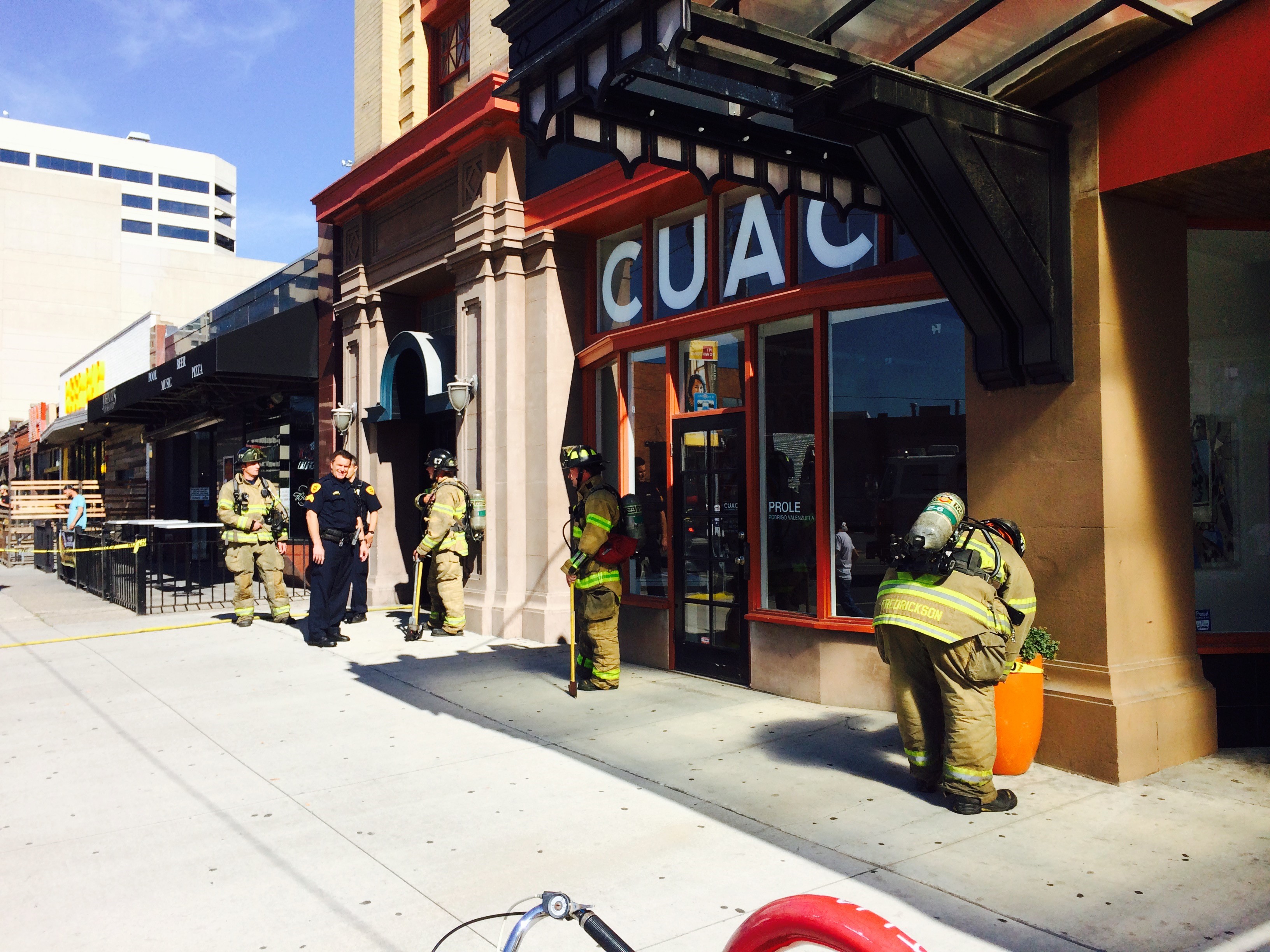 SALT LAKE CITY – Salt Lake City firefighters say they found a man barricaded in an apartment when they were called to a fire Tuesday.

Fire crews said they arrived at the Stratford Apartments near 200 E. and 200 S. just before 10 a.m. and evacuated residents as a precaution.

Crews have responded to smoke in a building at 169 E 200 S. Light smoke has been found on the second floor. The building is being evacuated.

Crews had to call in police to help them get into the unit.

Authorities said the man they found barricaded in the apartment may have been suffering from a mental issue at the time.

The small fire at the Stratford Apartments is extinguished. An adult male had barricaded himself inside a second-floor apartment. …

Firefighters quickly put out the small fire and kept it from spreading to other units.

Authorities have not released the name of the man involved at this time.

… Light smoke was coming from that apartment. SLCPD assisted with forceable entry and has the person in custody. …

… Firefighters extinguished the small fire consisting of paper, garbage, etc. The fire did not affect any other units.