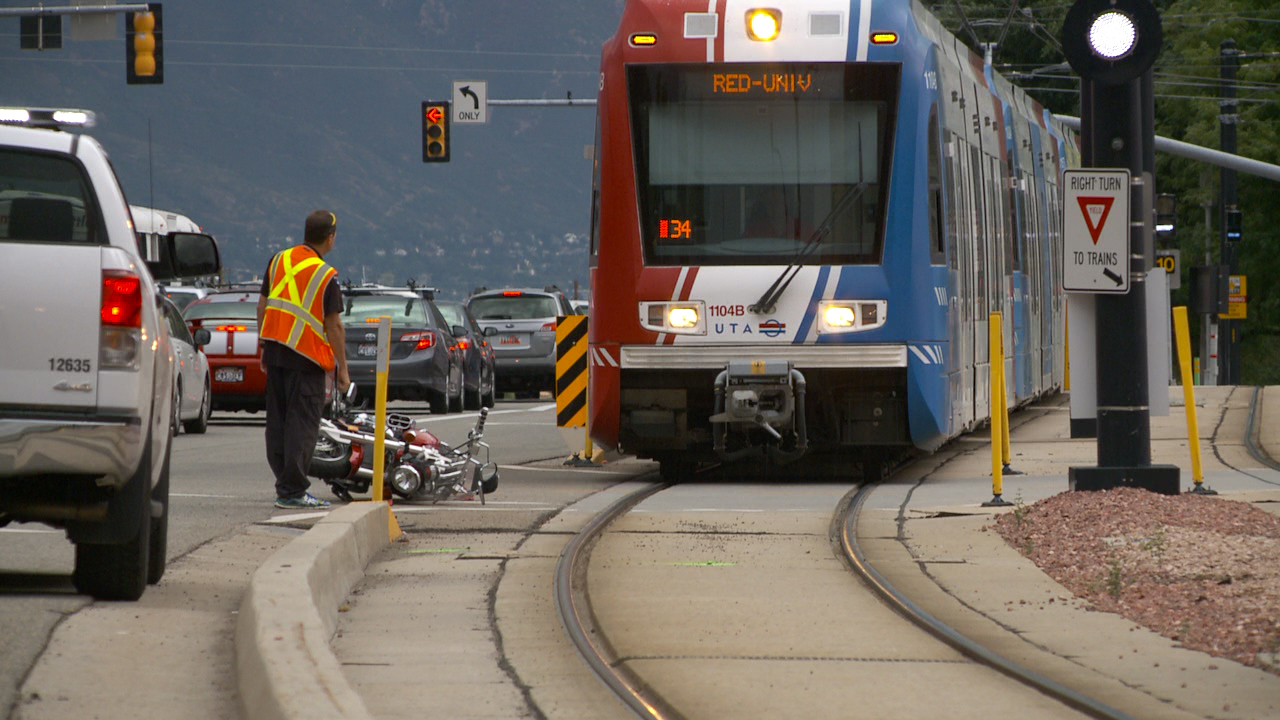 SALT LAKE CITY — One person was taken to a hospital with minor injuries Wednesday evening after an accident involving a TRAX train and a motorcycle at the University of Utah campus.

The crash occurred on South Campus Drive, and FOX 13 News first heard reports of the crash around 5:45 p.m.

The driver of the motorcycle was taken to a hospital as a precaution, and there was a minor delay to TRAX service. Barron said the motorcyclist was up and walking around and was able to talk with paramedics before being transported.

Specific details about the sequence of events leading to the crash were not immediately clear, and Barron said the cause of the accident is still under investigation.