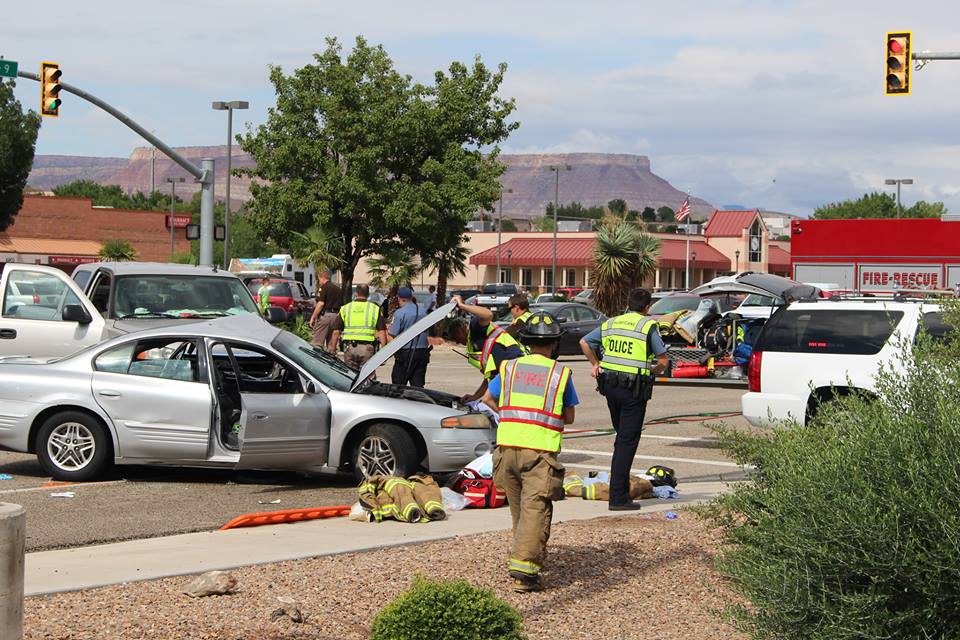 HURRICANE, Utah — A woman suffered fatal injuries and a man was taken to  a hospital in stable condition Friday after a crash involving two vehicles in Hurricane.

According to information from Sgt. Brandon Buell, Hurricane City Police Department, emergency crews were dispatched to 1150 West State Street in Hurricane around 4:09 p.m. Photos from the scene courtesy of St. George News show the aftermath and emergency response.

There was a crash involving a Pontiac Bonneville and a GMC Sierra truck, and the 51-year-old female driver of the Pontiac, Furse, was extricated from the vehicle and taken to a hospital in extremely critical condition. Furse died due to her injuries around 5 p.m.

The 36-year-old male driving the truck was taken to a hospital in stable condition.

According to Hurricane City police, Furse’s family has, “asked that we express how grateful they are for those who stopped, and for those first responders who arrived and attended to Nani. They are thankful for the love and support they have received during this very difficult time.”

Buell states, “Our hearts go out to the families involved; this is such a tragic accident.”