Debris fills street after truck on its way to landfill overturns 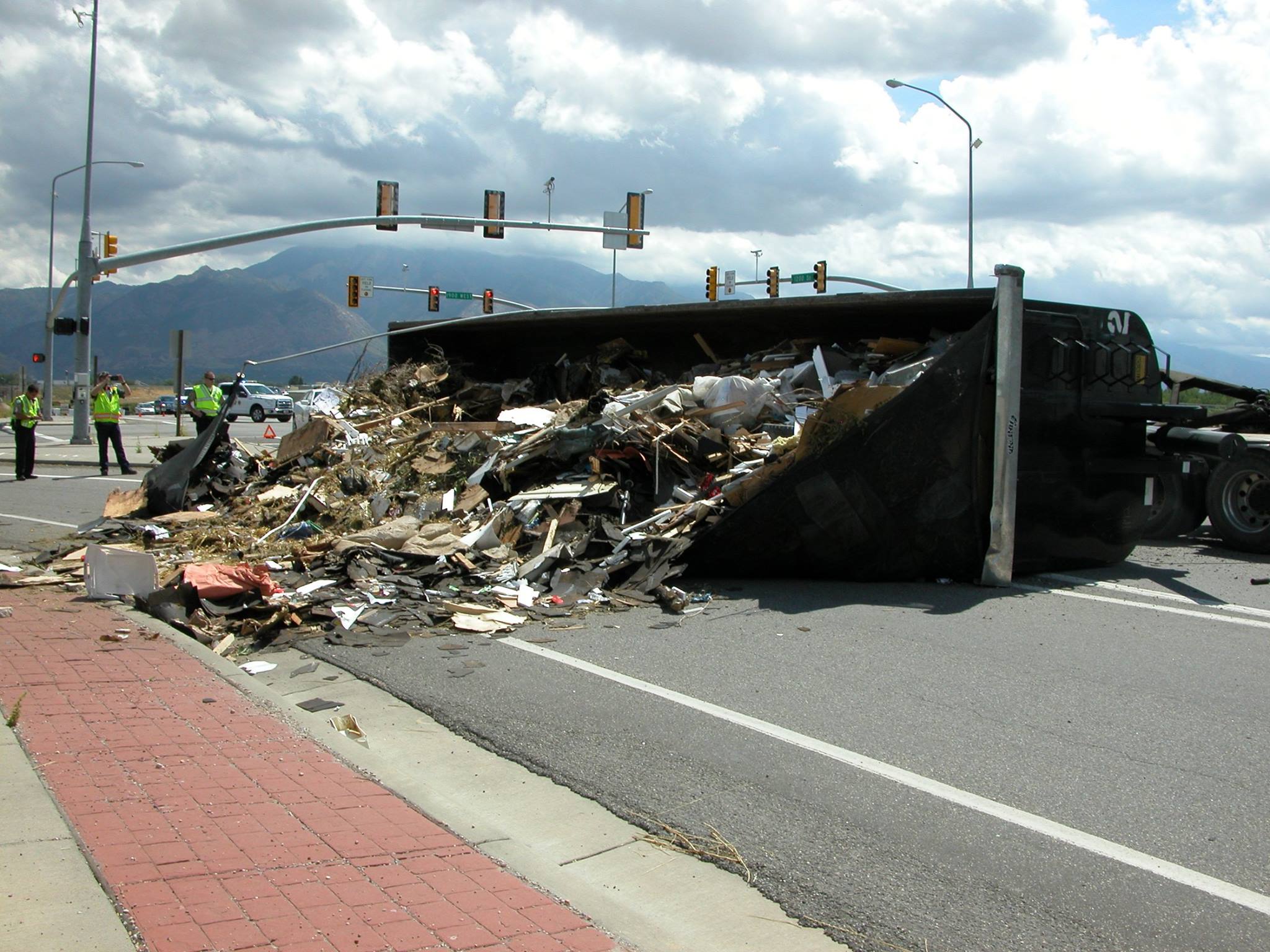 OGDEN, Utah — A semi-trailer hauling construction debris rolled on 12th Street in Ogden Saturday afternoon, spilling debris all over the road and causing several lanes of traffic to close in the area.

According to the Weber County Sheriff’s Office, the crash occurred as the semi-trailer was attempting to make a left-hand turn onto 12th Street from 1900 West as the vehicle was on its way to a landfill.

The truck overturned and spilled debris, and as of about 2:00 p.m. officials stated they were still on scene trying to remove the garbage from the roadway.

There were no injuries reported in connection with the crash.

The cause of the accident is under investigation.