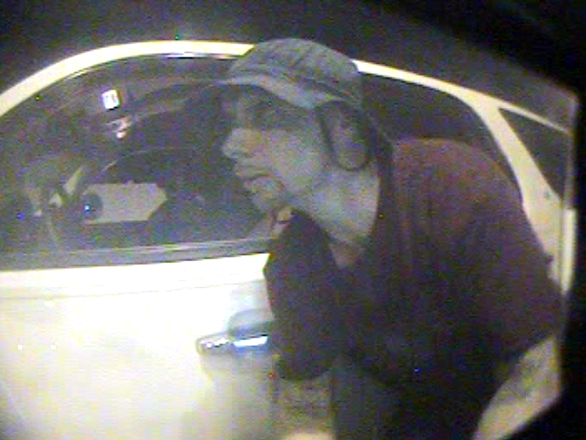 MILLCREEK, Utah – Police are asking for the public’s help in identifying a total of four suspects in two unrelated theft attempts at ATMs in the Millcreek area, and authorities have released surveillance images from the alleged crimes.

According to information from the Unified Police Department released Thursday, the most recent incident occurred Monday around 4 a.m. at Mountain America Credit Union, 2174 East 3300 South. The other was June 27 around 1:27 a.m. at America First Credit Union, 4519 South 1300 East.

On August 10, witnesses saw there was heavy damage to the ATM and called police to report it. Surveillance images show two suspects in a silver car attempted to break into the ATM. Both suspects had their faces covered, but photos of them and their vehicle are available above.

The first suspect is described as a Caucasian female who was wearing heavy black eye makeup, sunglasses, a dark cap, and a gray hooded sweatshirt. She had a blue bandanna covering her face.

The second suspect is a Caucasian or Hispanic male who was wearing a ball cap and a black hooded sweatshirt. He had a white face mask on.

The pair was driving a mid-2000s model-year Suzuki Forenza or a compact car of a similar appearance.

On June 27, two witnesses reported to police they saw the occupants of a white Chevy Tahoe attempting to break into the ATM at America First Credit Union. The suspects fled immediately when they realized the witnesses were present, police stated. The suspects appeared to have tried to use a drill to get into the ATM, and when that failed they backed their vehicle into the ATM, leaving behind a piece of the broken cover for the tail light. The suspects and their visibly damaged vehicles are pictured in the gallery above.

One suspect is described as a Caucasian male with a trimmed, thin beard and tattoos on both biceps. He was wearing a dark cap and a maroon, short sleeved T-shirt. The man appears to be bald.

The second suspect is a Hispanic female with long, brown hair who was wearing a black tank top, a black sweater and light-colored shorts.

The pair were driving a newer, white Chevrolet Tahoe 4-door SUV with a trailer hitch on the rear. The cover of one tail light was damaged.

Police stated they don’t believe the thefts are related or linked in any way other than by the similar nature of the crimes, and neither theft attempt was successful. Police have not yet been able to identify the suspects, and they ask anyone who recognizes them to call UPD at 801-743-7000.