One arrested, two others on run after carjacking, police chase through West Valley City 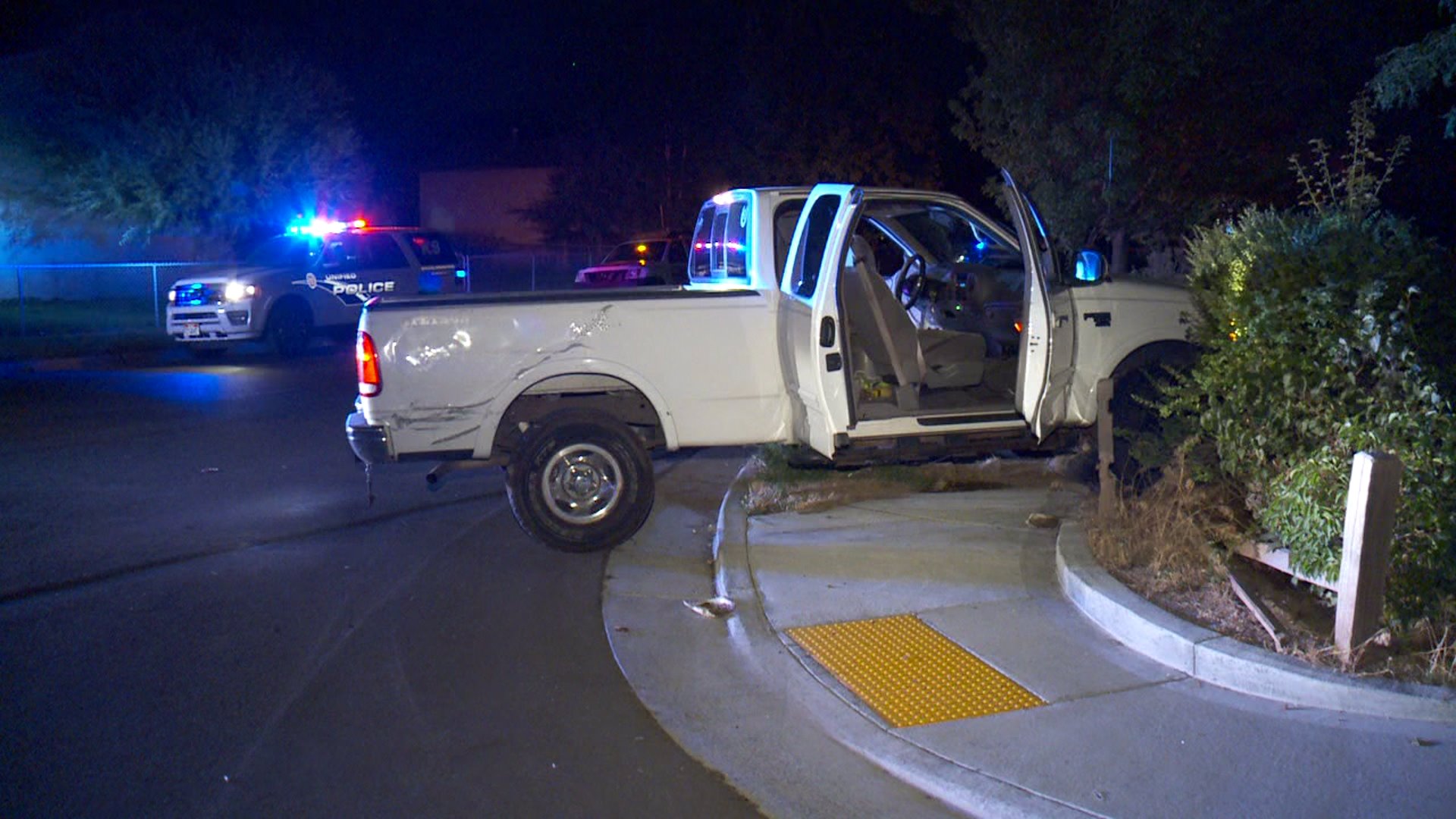 WEST VALLEY CITY, Utah – Authorities are searching for two suspects who are accused of carjacking a truck and leading officers on a chase.

Police said three men, whose faces were covered, allegedly took the truck at gunpoint and also stole the driver’s phone.

An officer followed the truck until back up arrived and then tried to spike the suspect’s tires in Kearns.

“The driver managed to swerve around the spikes but did strike a garbage can which caused him to lose control in this intersection and hit the fence,” West Valley City Police Lt. Julie Jorgensen said. “Then everybody got out and ran on foot, except for the driver. ”

Officers arrested the driver, 19-year-old Cesar Lobos, and are still searching for the other two suspects near 6000 S. and Salem Ave.

Police have not released a description of the other suspects.

West Valley officers found two guns that were thrown out of the truck near 4200 S. and 4000 W.

Lobos could be facing charges including armed robbery and running from police.