SALT LAKE CITY — About a week after Delta flight 1889 from Boston to Salt Lake City was redirected to Denver due to damage to the cone and windshield caused by a hailstorm, video has been posted online that shows passenger reactions during the moments of turbulence.

The video above, courtesy Santiago 6261 on YouTube, shows what was going on inside the plane as turbulence hit. The video is shaky, and at least one person can be heard screaming as the aircraft passes through the turbulence. See the gallery below for photos of the damage taken from outside the aircraft after it landed. 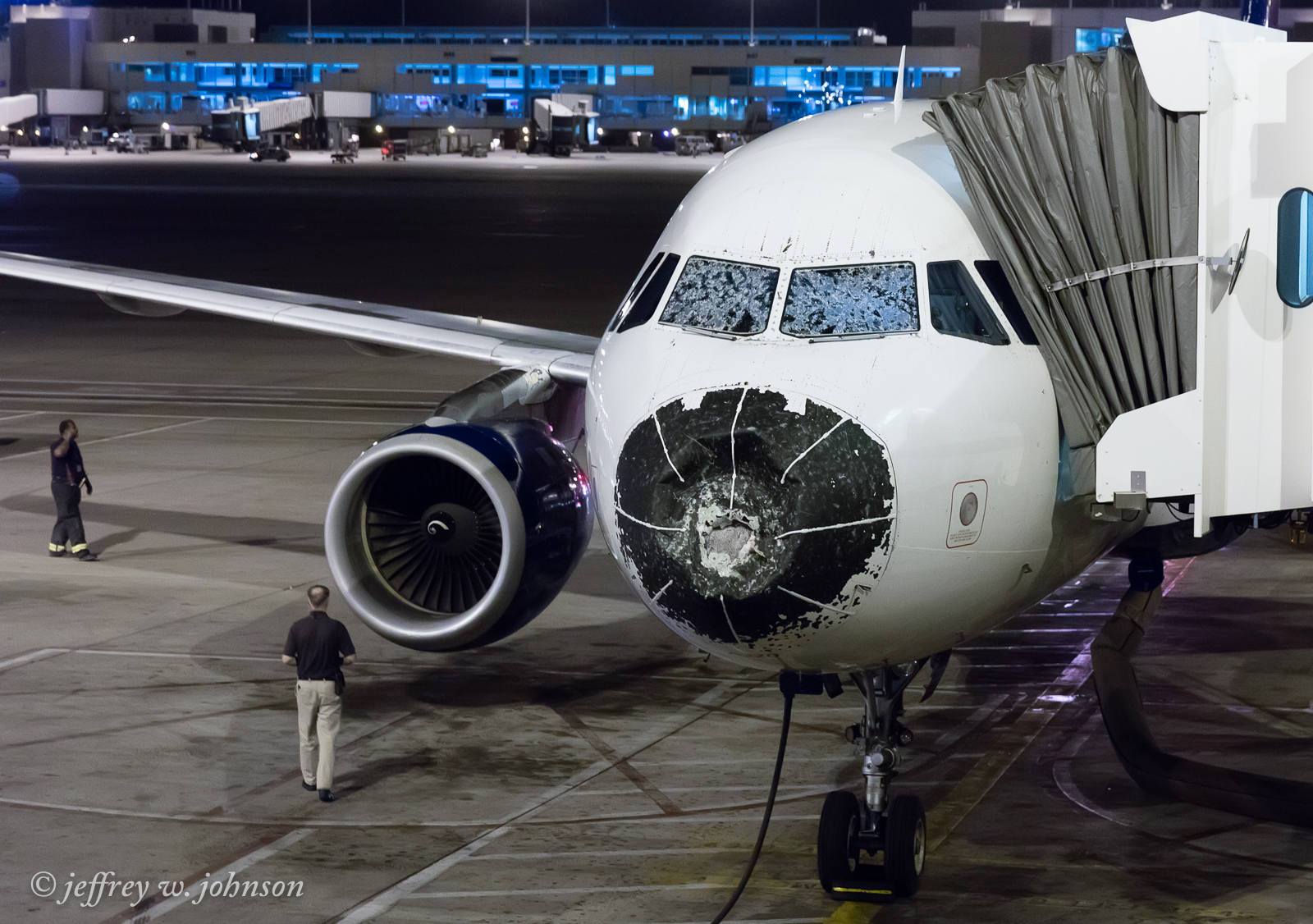 “I fly constantly and this was the scariest 10 minutes of my life,” passenger Robin Jones told FOX 13 News last week after arriving at the Salt Lake International Airport. “I thought, ‘OK. Have I told everybody that I love that I love them?’ And as soon as I realized I had done that, I was like, ‘I’m alright. Everything’s going to be OK.’”

Jones and other passengers were taken along to their destinations on other aircraft after Flight 1889 diverted to Denver. Photos of the plane’s cracked windshield and damaged nose cone made headlines across the country.

“We went around the corner from the window, we could see the shattered windshield,” passenger Rob Wessman told FOX 13 News after the incident. “We could see kind of a hole over the engine where lightning had struck. We could see the nose of the plane was missing. It was really intense.”

Click here for FOX 13 News’ previous coverage of the incident.