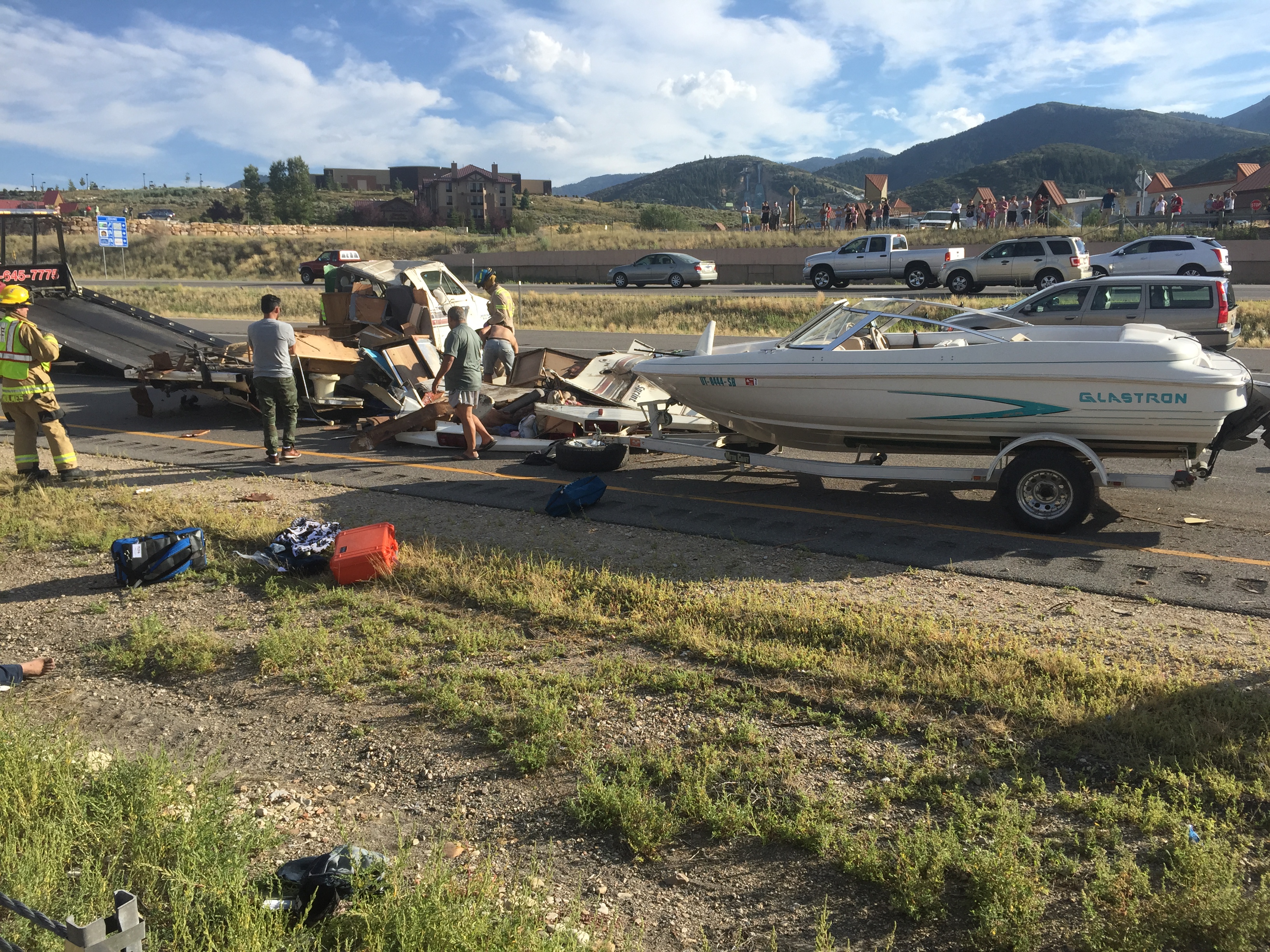 SUMMIT COUNTY, Utah — A 10-year-old child was taken to a hospital with minor injuries Saturday after an RV with five people inside that was towing a boat rolled over on I-80 in Summit County.

Evan Kirby, Utah Highway Patrol, said the crash occurred around 6 p.m. on eastbound I-80 in the area of Kimball Junction.

There are reports several bystanders may have helped lift a boat to free the child ejected in the crash, but authorities said they are not able to confirm those details at this time.

Sgt. Bryce Rowser of UHP was at the scene of the crash and said a witness reported that bystanders aided the child by lifting the boat, but he said he can’t confirm whether or not a group of people helped the child or if the child was ever trapped beneath the boat.

UHP stated paramedics say the boy suffered minor injuries rather than injuries that might have suggested he was trapped beneath a boat. Rowser said at this point they are unable to determine if the boy was ever under the boat or not.

There were five people in the RV when it rolled, including the 10-year-old child who was taken to University of Utah Hospital with minor injuries. Others involved in the crash also suffered minor injuries, but they did not require transportation to a hospital.