FOUND: Missing Utah mother and son who has autism found in Las Vegas 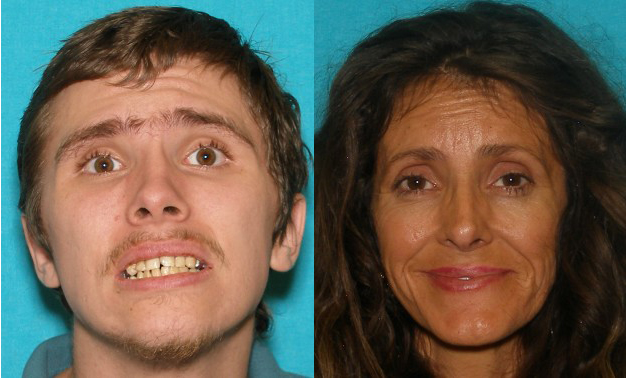 UPDATE: Saratoga Springs officers have confirmed Connie and Eric Tao have been found in Las Vegas.

Connie and Eric were taken to area hospitals for evaluation.

Additional information has not yet been released.

SARATOGA SPRINGS, Utah – Police in Saratoga Springs are asking for the public’s help locating a mother and son who were last seen on August 12 in Orem, and, because of the medical conditions and mental health issues the pair experience, police said the son could be in danger.

According to a press release from the Saratoga Springs Police Department, Connie Tao, 42, and Eric Tao, 21, were last seen around 6:30 p.m. Wednesday at the SP Foundation, 967 West Center Street in Orem–and policed stated, “Eric is believed to be endangered.”

Eric was picked up by his mother from that location, and Sunday Cpl. Jason Ruch said the state has custody of Eric but there is a guardianship agreement in place that allows Connie Tao to spend time with her son in her home. However, Ruch said she violated that agreement and did not drop him off at the appointed time and place and hasn’t been seen since.

Ruch said Eric Tao, who is autistic and is classified as having an intellectual disability, may possibly be in danger because Connie Tao has a history of mental health issues that give them cause for concern now that the guardianship agreement has been broken and the pair have not been found.

The pair was last seen in a 2001 silver Toyota RAV4 with Utah License plate: A058XT.

Eric Tao is described as being a 21-year-old male who stands 6-feet 1-inch tall and weighs 137 pounds. He has brown hair and brown eyes.

Connie Tao is a 42-year-old female who stands 5-feet 10-inches tall and weighs 137 pounds. She has brown hair and brown eyes.

Anyone with information on the whereabouts of either individual is asked to contact the Saratoga Springs Police Department at 801-794-3970.