Authorities identify victims in crash that left mother and son dead, others injured

SPANISH FORK -- A community in Emery County is mourning the loss of a young boy and his mother, who died in a two-vehicle collision on US-6 in Spanish Fork Canyon Saturday.

Troopers said the Jacobson family was heading home through Spanish Fork Canyon when a car pulled out in front of them.

They say Jacobson tried to swerve but couldn’t avoided the oncoming Dodge Intrepid.

”The truck and horse trailer ended up going off the side of Highway 6 into a ravine,” said Trooper Joshua White with Utah Highway Patrol. “The horse trailer dislodged and went into the back of the truck at that time.”

Troopers said there is good line of sight at the intersection of Highway 89 and US-6, and they say they still need more details for their investigation.

UHP said the driver of the grey Intrepid was 25-year-old Amelia Allen of Provo, who also suffered critical injuries. 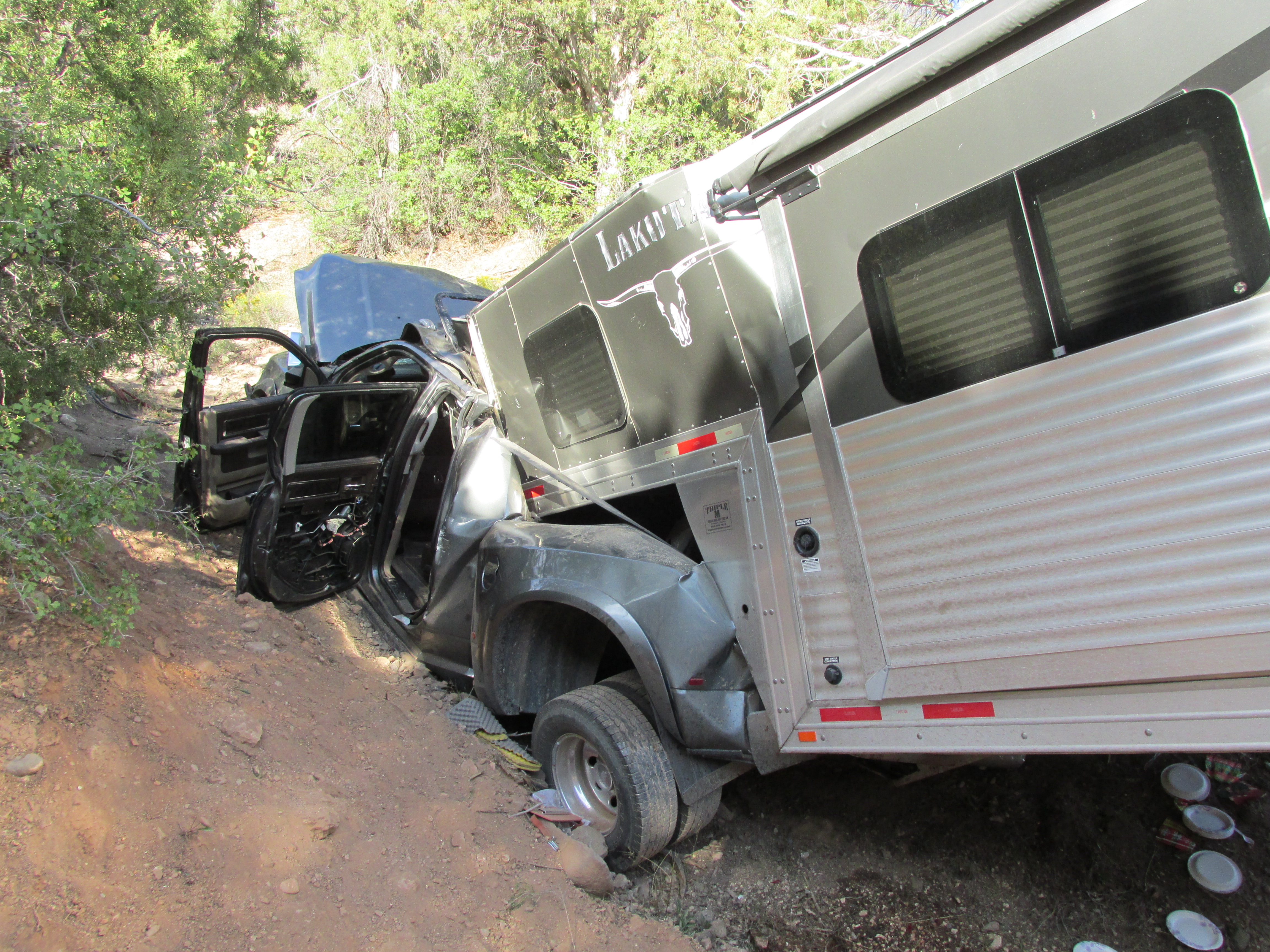